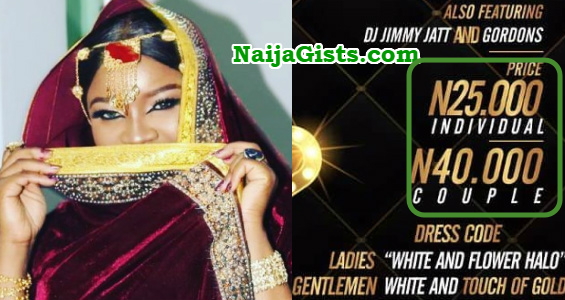 E be like say Omosexy is getting set to cash in big with her upcoming 40th birthday event.

One of the events outlined to celebrate her new age milestone, Couple’s retreat is currently causing concern among fans as the actress today announced that it will cost couples N40,000 and singles, N25,000 to attend the event scheduled to hold at the Landmark Towers in Eti Osa Lagos on Thursday the 8th of February 2018 at 10am.

The mother of the four is the first among her peers to charge guests money to attend a pre-birthday event.

Her colleagues, Iyabo Ojo and Mercy Aigbe who recently clocked 40 didn’t charge their guests any penny for their birthday events.

However, fans are uncomfortable with Omotola Jalade’s decision to charge for the upcoming event.

This is how she announced the event today 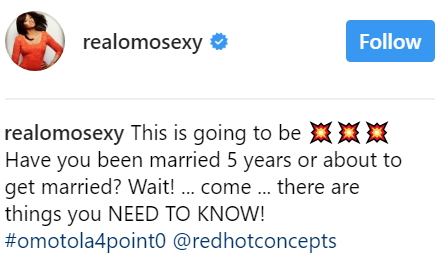 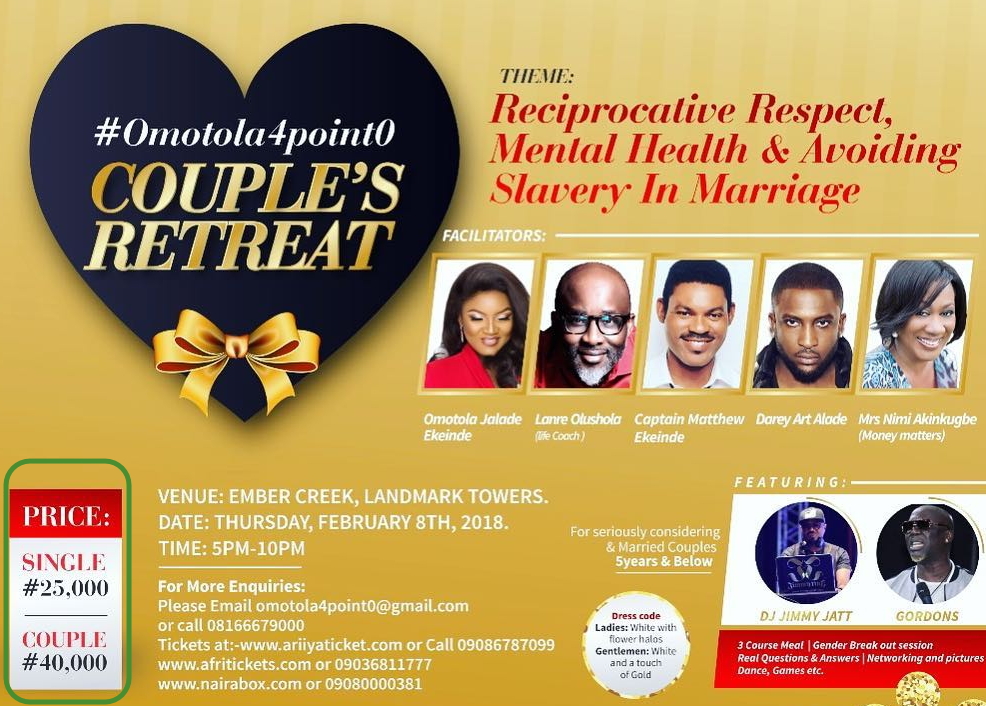 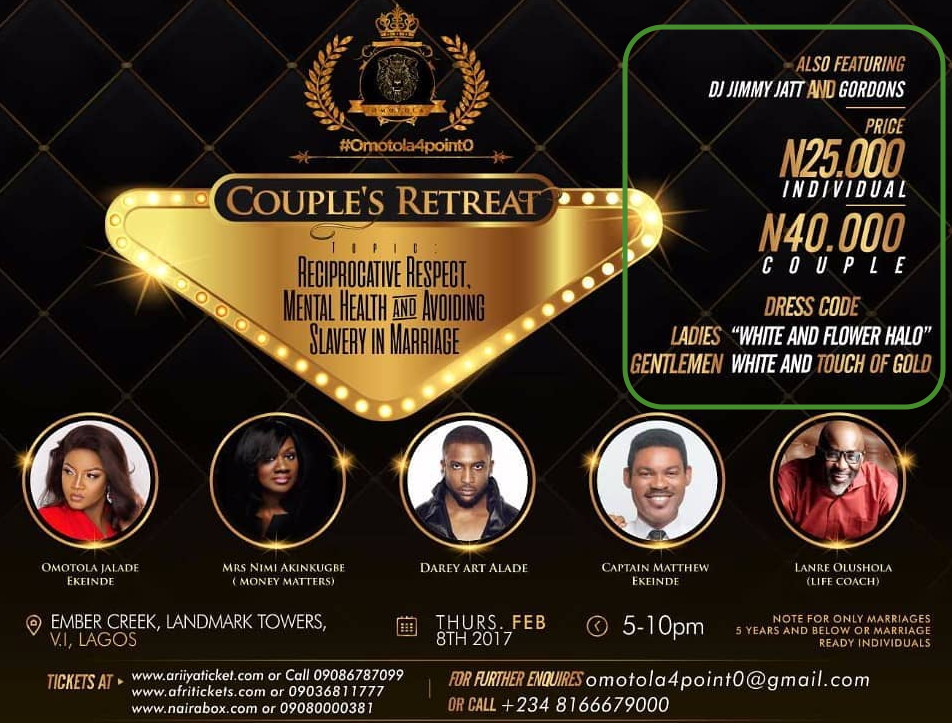 Here are some responses from her fans... 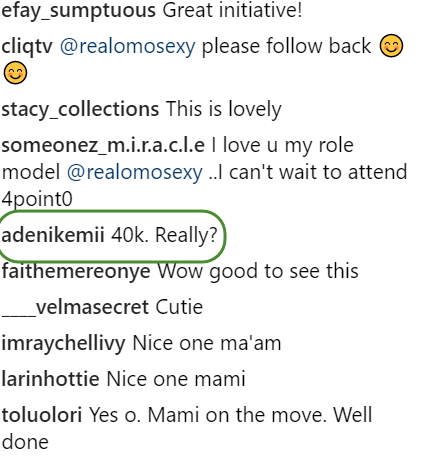 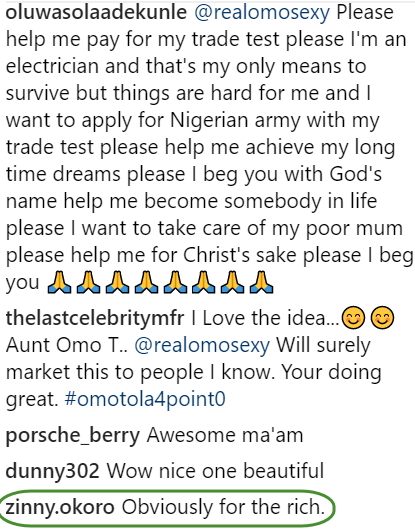 Some people are just wired to turn every opportunity into a money making venture.

Omotola’s promoter or publicist must have suggested this to her as she has never done a thing of such before. #new year #new business ideas.