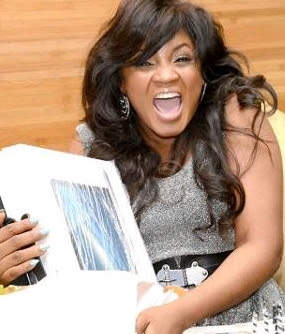 Does this title sound funny to you? Guess so but Omotola Jalade is not taking it lightly.

The actress was recently accused of staging a fake reality TV show by a fan on Twitter.

Read her response below:

“My Show fake?Hahaha…. U could not recognize what fake is if it starred you hard in the face and punched you! #sangostriketheirteeth”