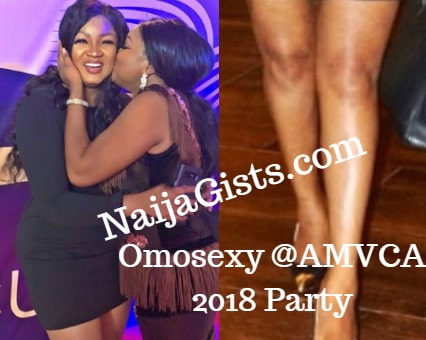 Nollywood actress Omotola Jalade has been tagged an hypocrite for calling out celebrities who wore indecent outfits to the just concluded Africa Magic Award Night.

The actress who allegedly called others out for inappropriate dressing later showed up at the event’s after party looking unlike herself.

Check out her look to the event below 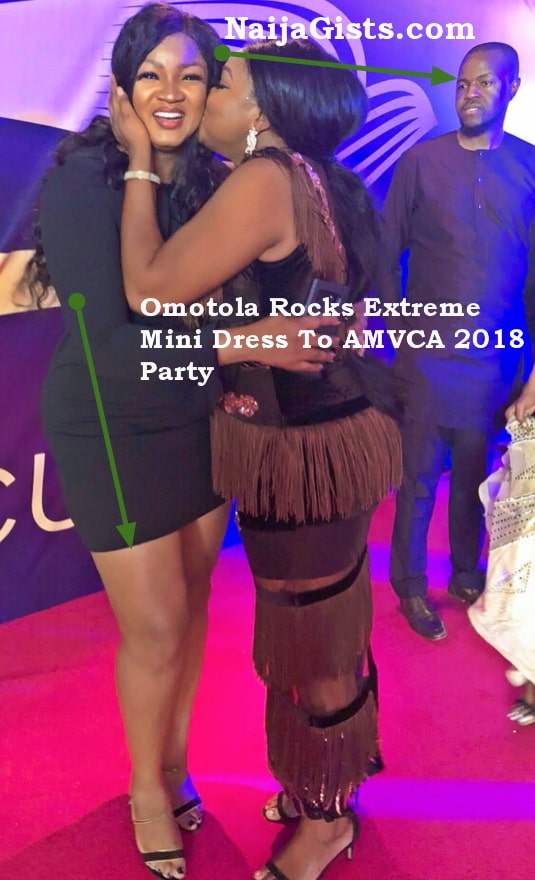 The look on the man in blue native besides Omotola in the above photo must have been the exact state of mind of many who saw Omosexy looking like an “Asewo” at the event.

Here is what a Nollywood source who brought NG’s attention to this photo said.

“I have been trying to meet the guy who took this photo but when I finally came across it, I was afraid. I quickly head over to her profile to see if she will flaunt this unacceptable dress but alas, she didn’t upload any. Omotola is an hypocrite. This her dress is totally out of touch. I have stopped seeing her as a role model”.

This is not the first time, Omosexy will rock a mini dress, she wore a similar dress during a trip to Ghana years ago. 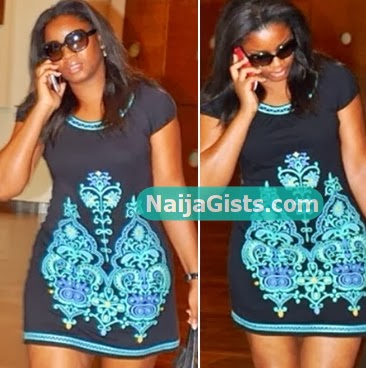 This is a woman many see as a role model.

Don’t be surprised that many of her followers will start rocking extreme minis like her.