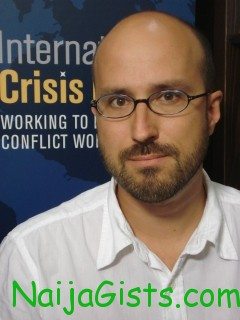 “You could say Boko Haram is everywhere, or you could say it’s nowhere: both would be correct.” naijagists.com

This apparently confusing observation about the Nigerian militant Islamist group from one local expert is actually more helpful than it seems.

Responsible for a string of violent attacks in Nigeria that have killed some one thousand people over the last two years, Boko Haram, which means “Western education is forbidden”, has been bewildering and surprising to security specialists here. Ask some, and you will hear that the organisation is a threat to the very unity of Nigeria. Ask others, and you will hear that it is not an organisation at all.

And, yes, they are both right.

Like other political and armed movements that have sprung up in this country, including the recent fuel subsidy protests that brought the country to a standstill, Boko Haram is just a symptom of the crumbling Nigerian state. Of course, despite their daily trials, the vast majority of Nigerians do not turn to armed militancy, of the Islamist variety or any other, but the fact that a small and very deadly portion do is a clear sign of the country’s basic underlying dysfunction.

Finally, “Boko Haram” is also a cover for criminal activity and political thuggery of all sorts. Anything that turns violent can be blamed on the Islamist movement, whether it has a link to it or not. It is a perfect alibi, one that prevents further questioning. Bank robbery? Boko Haram. Attack on political opponents? Boko Haram.

As such, the name is ceasing to have any meaning at all: Boko Haram is everywhere and nowhere at the same time.

The hype in much of the Nigerian media also contributes to the problem, as many media outlets chasing sales seem all too willing to fall for unsubstantiated rumour and outright lies proffered by political trouble-makers — or by nobody at all. Of course, some international media reporting has also been more scare-mongering than substance, presenting this as a new terrorist threat to the West, when it is fundamentally a Nigerian issue.

The Boko Haram phenomenon, in all its threads, has captured the imagination of the entire nation, filling newspaper pages and air time with fear and misinformation that reaffirms everyone’s core understanding of their deeply dysfunctional state: Nigeria is broken and headed toward the brink.

It is hard to imagine a state that is so much a part of the problem effectively dealing with it. Still, the dozens of security experts, academics and journalists I met with all agreed on the basic elements to address the four interlocking parts of the Boko Haram phenomenon.

The criminal side of everything claiming to be, or claimed to be, Boko Haram needs to be handled as criminal cases. This requires a non-rapacious police force and independent judiciary. Every aspect of the police needs reforming: recruitment, training and management. With the reputation of the police at rock bottom, even practical intelligence gathering within the community is extremely difficult in the absence of trust.

Other internal intelligence agencies have competent hands, apparently doing their job professionally, but they are routinely undermined by undue political interference and rampant politicisation of their data. Added to that, information sharing between security agencies seems to be limited at best, and many suspect that intelligence is often withheld or fabricated to boost agencies’ claims for greater slice of the budgetary pie.

All that would be a huge set of tasks for Nigeria to overcome in its current condition. It may seem unlikely enough, but sadly, it is hardly all that is required.

To counter the recruiting potential of violent movements in Nigeria, not only Boko Haram, the country has got to address rampant corruption and pour the oil wealth into government services rather than officials’ overseas bank accounts. Otherwise, the very word “state” will have no meaning at all, and people will continue to seek other solutions to help organise their society and support their lives, with some using violence to achieve those aims.

The idea that Nigeria, failing its people on so many fronts and with too many looters posing as leaders, could achieve all this seems almost fanciful. The far more likely scenario is continued deterioration on all fronts and a disastrous military-first approach to the insurgency that only drives more young men to grab a gun or build a bomb.

Still, as impossible to achieve as a comprehensive good governance solution may seem, it is also by common consent here the only thing likely to work. If there is any optimism in this generally dismal picture, it is exactly this: a clearly growing consciousness that the current situation is not sustainable and that Nigeria needs some stiff medicine to address not only the symptoms of the disease like Boko Haram, but the disease of state failure itself. (Andrew Stroehlein is Communications Director of the International Crisis Group, www.crisisgroup.org)