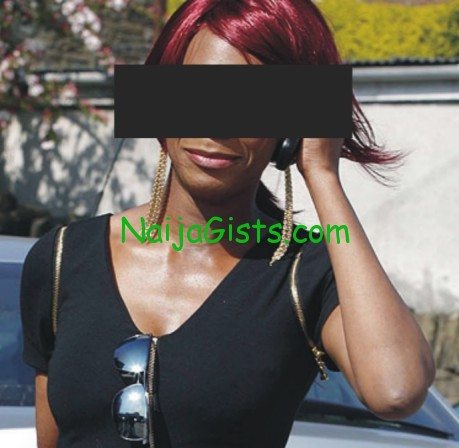 Helen Gimba, a popular Abuja-based big girl who is fond of dating rich business men has been arrested. naijagists.com

Helen was arraigned in Abuja on Monday March 12, 2012 for defrauding four men to the tone of N11.3million.

Helen, 35 was arraigned on a three-count charge of joint act, criminal breach of trust and cheating, which contravened Sections 79, 312 and 323 of the Penal Code.

Police prosecutor Raphael Ezekiel told the Court that she committed the offence along with two others, namely Mohammed Musa and Mohammed Galadima now at large.

Ezekiel disclosed that the accused persons, sometimes in 2010, approached the complainants – Sherif Abibu, Philip Bassey, Martins Temidayo and Richard Mamza – and demanded for N11.3 million to secure contracts for them.

He said Helen and her partners in crime secured a contract for the complainants with the Federal Road Maintenance Agency (FERMA) and the money was provided.

The prosecutor however stated that the accused failed to comply with the terms of the agreements before the money was given to them, thereby defrauding the complainants.

When the charges were read to her, Helen pleaded not guilty. Senior Magistrate Omolola Akindele thus granted her bail in the sum of N500,000 with two sureties in like sum.

She adjourned the case to April 4 for hearing. It is unclear if she will be able to meet the bail conditions as at the time of posting.