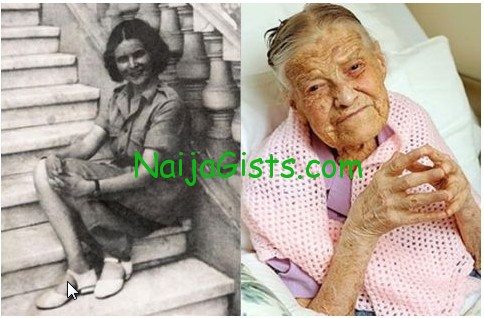 Clara Meadmore who is currently World’s oldest virgin came open in 2008 at her 105th birthday anniversary that she’s never had sex in her life.

Clara who celebrated her 107th birthday in October of year 2010 said she has been too busy for intimate relationships.

She has turned down several marriage proposals during her youth days.

Her favourite Sayings: “No sex – is secret to long life”

Whaooo how did she do it?

On The Trail Of Boko Haram By Andrew Stroehlein
Gunmen On Rampage: 14 Shot Dead in Nassarawa, Adamawa