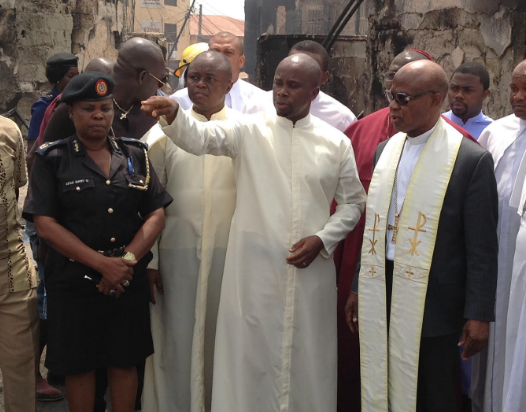 Following the petrol tanker fire incident in Onitsha which destroyed several buildings including petrol stations ,stores, goods and warehouses, government functionaries have continued to visit the scene to commiserate with the victims.

One of the early visitors today, Thursday the 16th of February was the Catholic Metropolitan Archbishop of Onitsha, Most Rev. Valerian Okeke who arrived the scene with half a dozen reverend fathers including the Chancellor of the Archdiocese,Very Rev Fr Prudentius Aroh.

An unidentified Anglican prelate joined the Archbishop to inspect the carnage and condole with the victims of the fire incident.

The Governor of Anambra State, Chief Willie Obiano arrived immediately after and expressed sadness over the incident.

He assured that the state government will adopt measures in ensuring that such a situation will not occur again.

In her contribution, the senator representing Anambra North Senatorial District, Stella Oduah lamented what she described as unavoidable accident in a built up area which obviously has spelt doom for innocent citizens.

Oduah called for strict regulations on handling and haulage of petroleum products as well as creating standards for operators in the sector.

Others who visited the scene include the member representing Onitsha North 1 Constituency in the state house of assembly, Hon Edward Ibuzo, his counterpart in Onitsha South, Hon Paddy Aniunoh, the state commissioner for information,Ogbuefi Tony Nnacheta.

Some of those who spoke to journalists blamed both the state and federal governments for approving filling stations in residential areas.

Others who contributed in the interview pointed out that following the state governments inability to rehabilitate the State Water Corporation, all the water hydrants installed in the strategic areas of Onitsha have been destroyed thus making the job of the fire men very difficult. 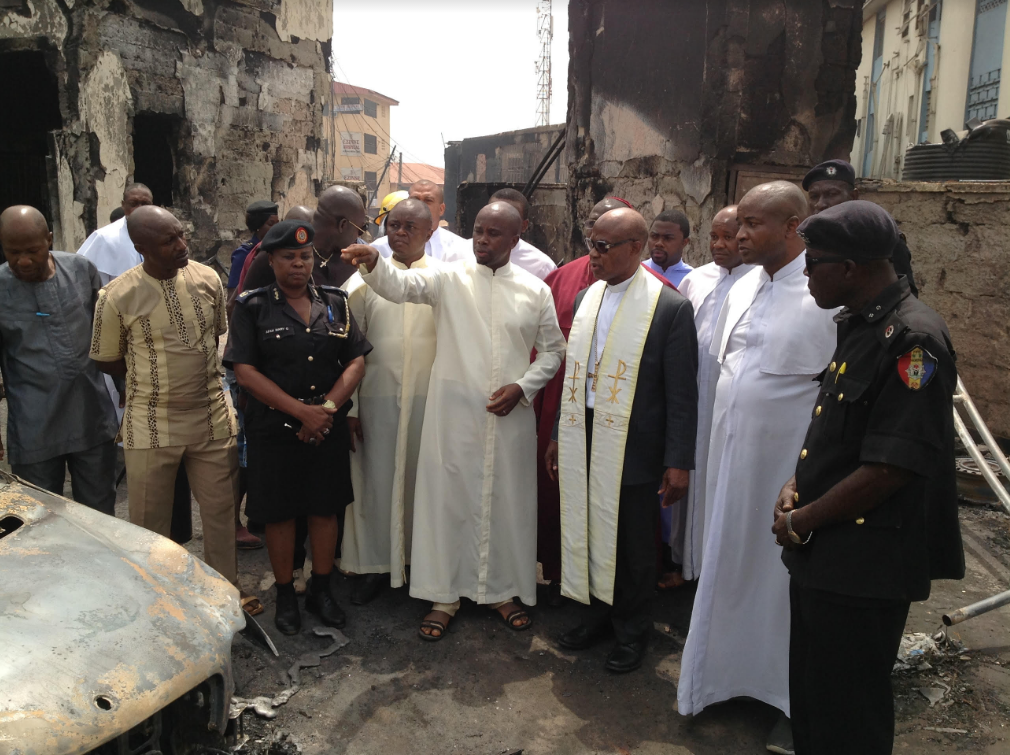