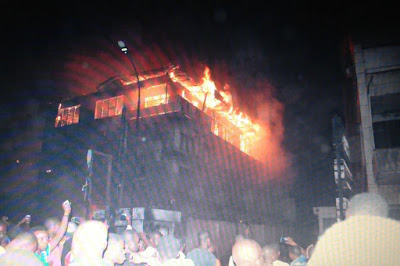 Hell was literally let loose in Onitsha, the commercial hub of Anambra state when on Wednesday evening when a petrol tanker fully loaded with Premium Motor Spirit, popularly called petrol skidded while trying to discharge its content at a petrol station at the popular DMGS roundabout and spilled its entire content which ignited huge fire and destroyed property worth billions of Naira.

It was not clear how many people lost their lives but on the spot assessment indicated that several residential buildings were affected as well as other businesses.

While awaiting the arrival of the State Fire Service, hundreds of youths resorted to self help as they helplessly threw sachet water and sand to douse the fire,all in vain.

Journalists observed mothers weeping and strapping their fragile children on their backs, fleeing the fire which raged heavily across the ancient city.

Here are some pictures from the scene of the of the raging fire. 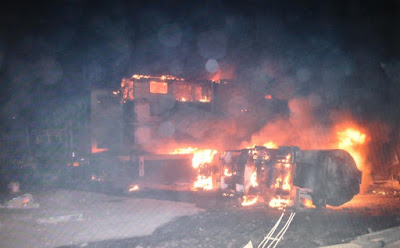 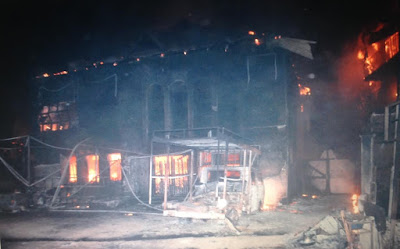 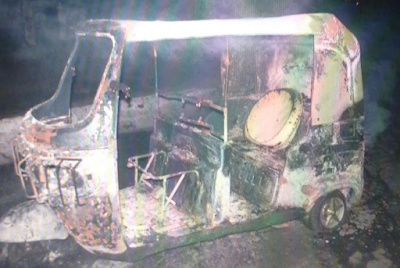 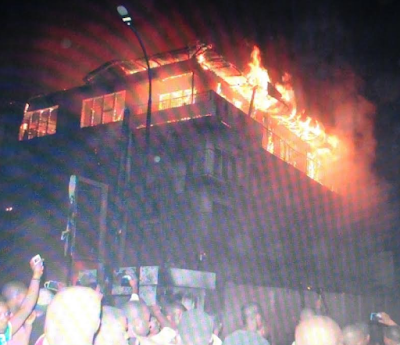 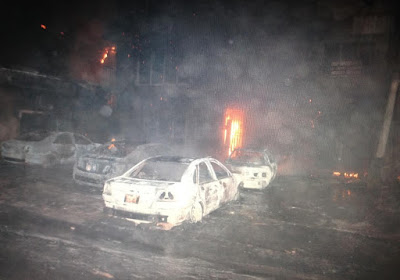