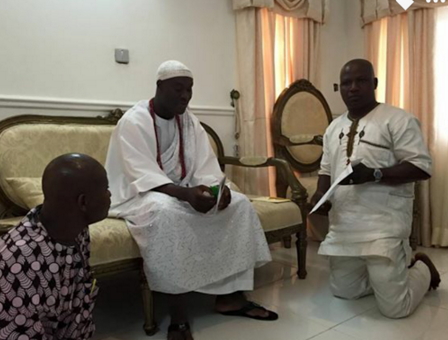 It is  official, late Oba Okunade Sijuwade’s successor, Prince Adeyeye Enitan Ogunwusi has been crowned the new Ooni of Ife.

The crowning took place secretly in the early hours of today Sunday November 22, 2015.

He officially entered the palace around 8am this morning.

An informed source said Ogunwusi was crowned traditionally in a confidential ceremony between 3am and 5am.

According to the source, there was nothing like coronation in the Ile Ife tradition.