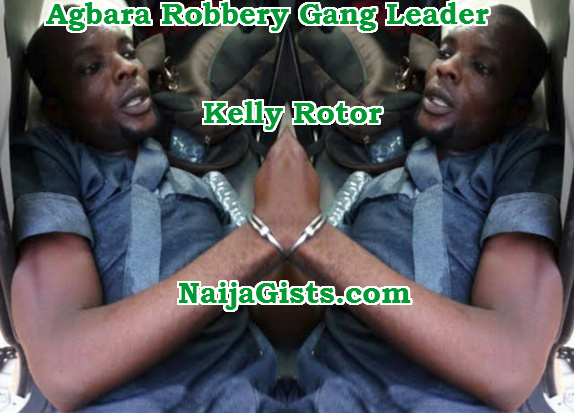 Meet Kelly Rotor, the leader of a notorious robbery gang that killed over 3 people at Agbara Housing Estate in Agbara town earlier this week.

Kelly who reportedly fled to Delta State after the successful robbery operation was arrested at a wedding ceremony in Sapele on Friday while lavishing money. 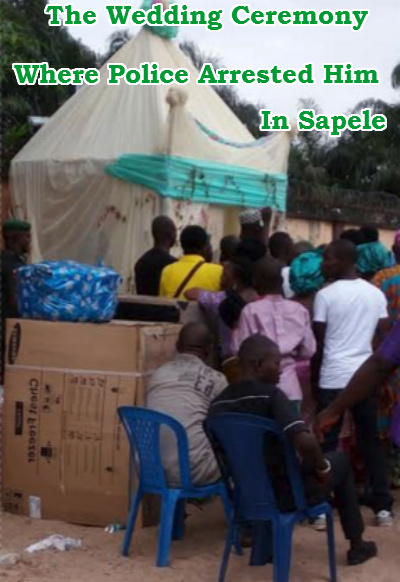 On sighting police officers, Kelly Rotor and his gang members engaged them in a gun fight.

In the process, the robbers killed a policeman, while Kelly sustained gunshot injuries.

He is currently being interrogated as Police launches manhunt for his gang members.