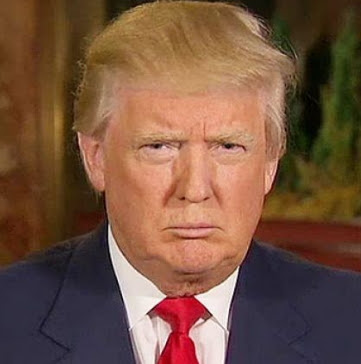 November 10, 2016 – Ooops….Trump is President-elect in America! and article by Tony Ogunlowo

Just when you thought it was safe to come out from behind the sofa Donald Trump trumps Hilary Clinton to become the 45th President of America.

In a shock election victory he won 276 electoral college votes to Hilary Clinton 218. The Americans must have been finger-printing the wrong ballot papers!

Love him or hate. He might be a crass, rude, arrogant and bullying billionaire but he has managed to pull off one of the greatest political coups of all time; with absolutely no experience in politics, whatsoever, he managed to hoodwink the Republican party into accepting him as a Presidential candidate, took over the party, became the front runner and won the presidential elections. A great feat for the business mogul-reality TV show host.

Up against a career politician such as Clinton he didn’t stand a chance – especially as he had no clear policies apart from wanting to make America great again. But he knew how to play the game – resorting to gutter-politics ( and rode out the storm when it back fired on him), made deals with leading ethnic groups( including Muslims and Hispanics) and appealed to the ordinary patriotic American in a language they understood. He used Hilary Clinton’s checkered past against her and it worked.

His campaign policies are controversial – and dangerous. This is a man who could potentially trigger World War 3.

Now he’s President we’ll see if he’s going to ban all Muslims from visiting America, build a border wall cutting off mexico( and charging them for it!), kick out all Nigerians ( he famously said that if he became President ‘we need to get the Africans out.Not the blacks, the Africans.Especially the Nigerians.They are everywhere!).

Here’s some of the things he’s promised to do:

And he’s threatened to jail Hilary Clinton….and give more power to the police…and he’s okay with gay marriage….and he’s not in favour of environmental protection…and he’s a misogynist( mothers you better lock up your daughters!)

The next four years are going to be very exiting with President Trump, finger on the nuclear button, ruling the world from ‘Trump’ White House!

Nations of the world get ready for an influx of American refugees fleeing the USA!

Continue Reading
You may also like...
Related Topics:america, elect, president