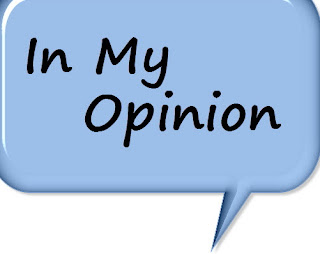 November 9, 2016 – Thus Saith The Lord… According To The Bishop – An Opinion Article Albert Afeso Akanbi

Since when men began to beseech the Gods and many claiming to hear from above, the line ‘Thus Saith the Lord’ has had great import for our species. Countless men have risen throughout history, and wielding this line like some magic wand, have gotten a large part of humanity to do their bidding even if it meant taking man to as low as he could go.

Simply put, so many things have been done in God’s name and most often it always turns out the true motive was self-centeredness.

The Aztecs for example, during their reign, killed over 20,000 people yearly on the command of and to appease the Gods.

In the last 12 centuries, scores have been killed by Islamist Jihadist on “Allah’s directive”.

On ‘God’s order’, Pope Innocent IV issued in 1252 a Papa Bull authorizing the inquisitors to use torture on victims of medieval inquisition, and Pope Leo X of the Medici family, to support his extravagant lifestyle, sold out forgiveness of sins –indulgence- to raise money.

On ‘God’s’ command, Moses and Joshua after him, led the ancient Israelite on their countless campaigns in which they pillaged and massacred the tribes around them.
Having escaped from persecution in Europe themselves, soon after they settled in in the US in the 1600s, the Puritans, on ‘God’s’ order, established a religious police whose duty was to flog, hang, cut off ears for doctrinal deviations.

The list is inexhaustible and it is examples like these that have made informed people today to always take every ‘Thus Saith the Lord’ with a pinch of salt.
Reason why when a prominent Bishop recently appealed to Nigerians to desist from criticizing him for setting the fees of one of his universities at almost a million naira, some of us still felt the need to share our opinion despite his warning that, one such ‘critic was smitten with a strange mouth odour over the act’ by God until he intervened and the individual obtained pardon.

When I read the news in the media, I didn’t know whether to laugh or feel sad for this nation. What I think the Bishop has succeeded in doing is that, he has proven to all of us that, like many men, he is afraid of dissent, and also like many religious men before him, he is willing to fleece people of their goods in God’s name. Today like before, there is an ongoing bitter battle in the name of God for the minds and souls of Nigerians, only this time; it appears the ultimate aim is for the pockets of a few individuals.

For God sakes the university belongs to the Bishop and as such he can peg the fees at 3 million naira if he so pleases, but citing God as his commander smirks of the hypocrisy of men before him who did worse things in God’s name.

Whether Christian fanatics today like it or not, the truth of matter is that the Pentecostal movement in Nigeria, going by the level of moral bankruptcy in this country placed side by side the upsurge in churches in recent years, have lost the simplicity of the message of Jesus Christ who they claim to follow.

Pentecostalism in Nigeria as of today is a lucrative materialistic driven business enterprise.
The Bishop cannot in all honesty deny the fact today that what he presides over is a huge business empire that answers a religious name. If he chooses to, the rest of us cannot be fooled because news coming from his ‘ministry’ is enough evidence for what even a child knows.

Jesus Christ explicitly warned that man cannot serve God and mammon, the god of money. That it was easier for a camel to go through the eye of a needle than for a rich man to enter God’s kingdom. He is on record has chasing the money changers from the temple. He was even quoted as saying ‘do not lay up for yourselves treasures on earth’. The term ‘lay-up’ as is used here refers to not allowing one’s possessions possess one. Jesus was here warning against materialism and greed.

Where Saint Thomas Aquinas warned against excessive greed, the Apostle Paul admonished that the love of money is the root of all evil. Yet, today we see a Bishop with private jets, universities, whose family members runs his churches abroad, who slaps a poor girl in the public view of cameras for daring to say ‘I am a witch for Jesus’ in response to his ‘You are a witch’ accusation.

Even though I am not against a Christian being wealthy, can the bishop honestly tell us that what is at play here is not materialistic greed? Mario Puzo told us that ‘behind every great wealth there is a crime story’, though this may not hold true in all cases but can the Bishop honestly tell us that as concerns his wealth, Mario Puzo isn’t right?

For every action we take, if we cannot answer the question of whether it is fair, just and if it is fine for the same to be done to us, then it is not worth it. Bearing this in mind, can the bishop tell us honestly how many of the teeming members of his church in whose backs he rode to build his universities, can afford the said fees?

Away from the mad quest for wealth, materialism and the prosperity message of today, the church is supposed to be the light and salt of this nation. It is supposed to get involved in the problems facing this nation, and speak out against inequality in the system. It is the church’s duty to care for the poor and give guidance to the lost. I hardly see how a church that charges close to a million as fees for one of its universities in a country where more than half the citizens live below two dollars a day can function in this light.

Even though Jesus admonished that ‘whoever is generous to the poor lends to the lord’ what we have instead is extortions in God’s name, by a bunch of ‘Gods of men’ who parade themselves as ‘Men of God’.
Recently, having divorced and re-married a number of times, a ‘man of God’ declared that God said he would become the president of this country at a particular time. We all know the turn out of the election he took part in.

Another one, having been involved in a scandalous divorce with his wife, resorted to bogus interpretations of the bible. ‘…there are preachers and there are men of God…I am a man of God…we are not working in sin…’ he declared. In other words, even though he may have counseled hundreds of his members against divorce, it was ok for him to.

Another one, having endorsed the discarding of simple building rules which led to the collapse of a building in his church premises that killed many foreigners, turned around to blame some UFOs instead of himself for the disaster. The same man is predicting a narrow win for Hillary Clinton as if, all things being equal, going by Trump’s many blunders, we need a prophet to tell us this.

Another one predicted the death of a sitting president before he leaves office but that president ended up doing his two terms of eight years and attempted a failed bid to do a third term.
We have yet another who, while leaving his members hanging on a cliff as to his choice of a successor, declared ‘Thus saith the lord,’ that he should wait. Feelers are that if he chooses a family member, strong men in his church would kick. If he chooses a church member his family would kick as well so, to stay on the fence and allow maybe time to solve the problem, he declared that God had instructed him to wait.

The question is, how are this men different from the men in history who have caused mankind so much pain and misery in the name of God since they cite God’s directive for every of their actions whether good or bad?

It is surprising for me that in the face of these and countless other clear eviations that churches, Pentecostal churches at least, still have followers at all. But Nigerian pastors like our politicians are smart.

But the fact that they can be so shamelessly dishonest, so contemptuous of the intelligence of their followers and still flourish does not speak very well of our tough-mindedness as a people. But it does indicate the contradiction of the Nigerian situation and proves without need for any empirical study that somewhere near the core of the Nigerian religious experience, something exists that is profoundly opposed to rationality.

When a people deliberately choose silence in the face of both political and religious anomalies, then they are not victims but accomplices….
God bless Nigeria…

About the author: Albert Afeso Akanbi is a Novelist, Researcher and a Humanitarian. He is the author of three novels, a number of short stories and articles. He lives in Abuja, FCT, Nigeria and he is a father.