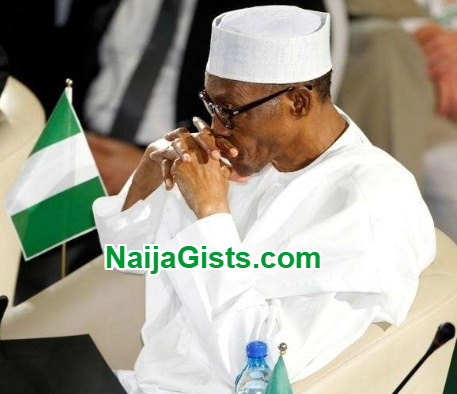 President Muhammad Buhari’s All People’s Congress (APC) led Federal government of Nigeria came into power on May 29th, 2015. The Government came into power with a promise to bring socioeconomic change for Nigerians, the expected change have failed to materialize.

The Nigerian economy has been in a crisis mode; loss of jobs, closure of businesses, high inflation rate, owing of government workers, and high cost of accessing foreign currencies.

The economic policies allied by the Government has failed to yield positive impact. The APC led Federal government has been on the defensive, blaming the 16 years of misrule by the People’s Democratic Party (PDP).

The Government has consistently blamed the previous Federal government and its predecessors in the areas of:

1. Failure to use the years of high oil revenues to diversify the Nigerian economy, and save for the rainy day.

2. Mismanagement and depletion of the Nation’s foreign currencies reserve.

The People’s Democratic Party (PDP) led opposition has also joined in the blame game, they blame the APC led Federal government of :

1. Lacking a viable and strategic economic plan to address the challenges facing the Nigerian economy.

2. Running an exclusive government that does not allow inputs from outside the ruling party.

3. Carrying out a witch hunt against leading members of the PDP, instead of fulfilling their campaign promises.

Engaging in a blame game will not solve any of the Nation’s problems, it is only deliberate efforts put to work that will fix Nigeria’s problem.

The socioeconomic situations in Nigeria as it stands today are:
1. Increasing cost of operating businesses.
2. Closure of some business outfits.
3. Increasing cost of goods and services.
4. Massive job losses, this has compounded the Nation’s high unemployment rate.
5. Decreased value of the Naira against other currencies.
6. Owing of salaries of workers by Federal, States, and Local Government Councils.
7. Increasing crime rate due to economic hardship.
8. Poor budget implementation by the three tiers of Government due to lack of adequate funds.

In a democracy, leaders are elected to solve problems, and not to apportion blames, and give excuses.

Leaders should be ahead of their people in vision and thinking, when faced with challenges and difficulties, it is the duty of leaders to be resourceful.

The Nigerian economy is in a bad shape; business owners are finding it difficult to operate and families are unable to adequately meet their essential and basic needs.

Enough of the blame game. Assurances and promises are not enough, it is time to work the talk.

The Federal Government needs to work hard to reposition the Nigerian economy from an impending collapse, blaming the previous administration will not fix the economy.