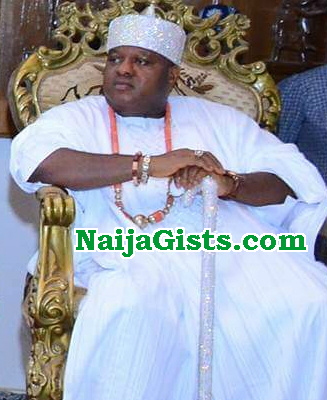 Nov 6, 2016 – Edo King Onojie Of Uromi Suspended For One Year For Refusing To Apologise To Woman He Assaulted

Governor Oshiomhole Suspends Onojie Of Uromi For 1 Year For Refusing To Apologise To Woman He Disgraced At Voting Station In Uromi.

For disobeying the constituted authorities and refusing to apologise to one of his assault victims, the Onojie of Uromi has been suspended for one year by outgoing Governor Adams Oshiomhole.

The traditional ruler was earlier suspended for one week and asked to tender public apology to Miss Betty Okoeber, an elderly woman he verbally abused on the 28th of September 2016 at a polling ward in Uromi. 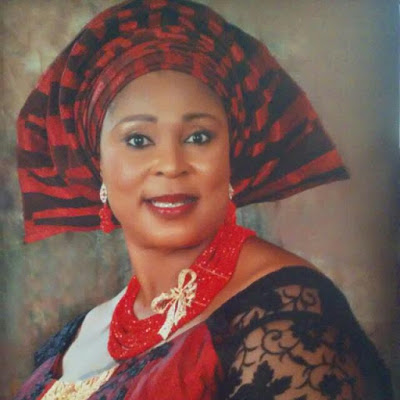 Instead of obeying instruction by tendering apology to his victim, the traditional ruler consulted with some political leaders in Uromi who forced the victim, Okoeber to tender apologies. 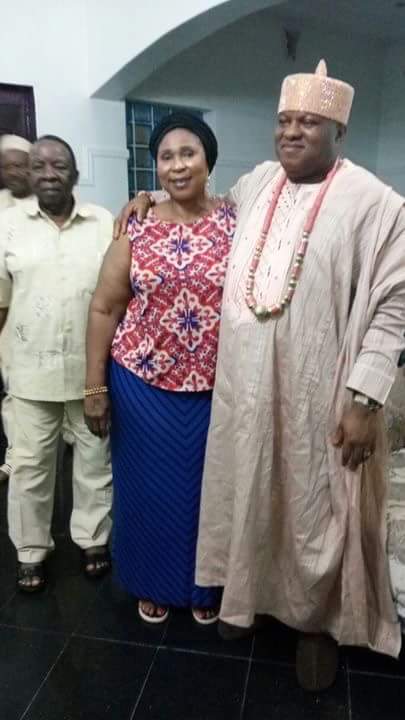 Governor Oshiomhole on Friday ordered the monarch suspended for one year.

Here is a copy of the letter dated November 4 and signed by Edo Government Secretary, Prof Julius Ihonvbere. 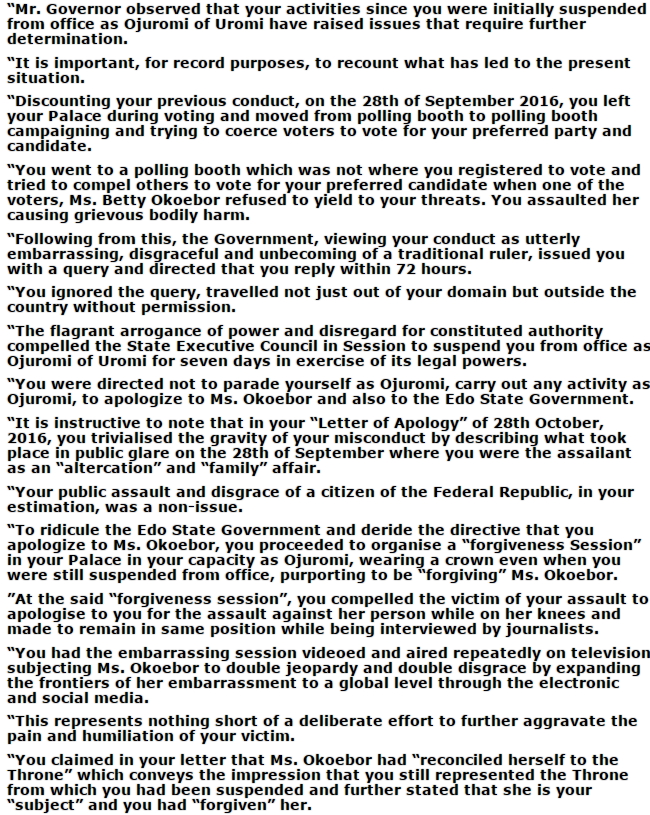 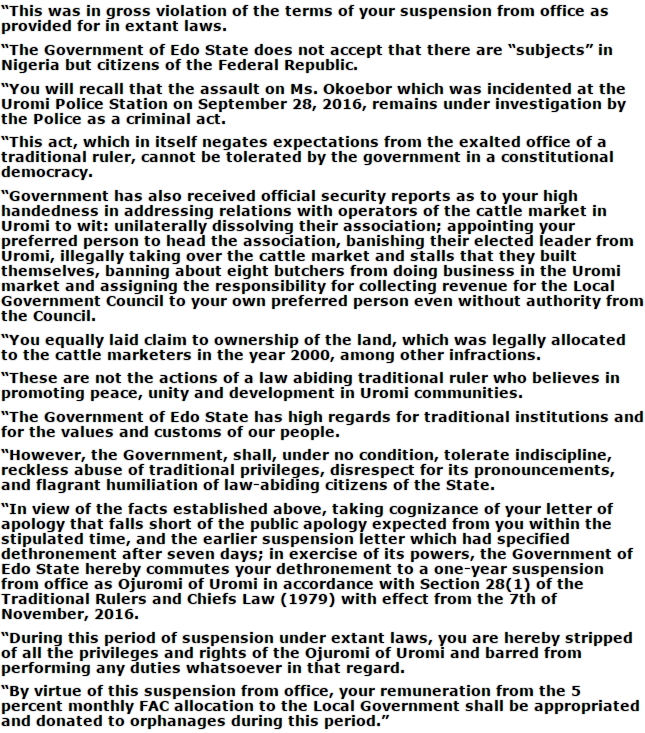 Continue Reading
You may also like...
Related Topics:benin, oba, one year, Oshiomhole, Suspends