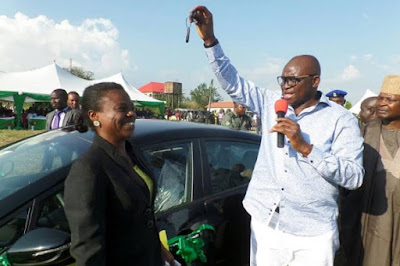 They said the purchase of the brand new vehicles was unjustifiable at a time Fayose was complaining that his administration is hampered by paucity of funds to provide basic necessities for the citizenry.

Few days ago, Fayose took his protest to the Ministry of Finance Office in Abuja claiming that Ekiti state is broke.