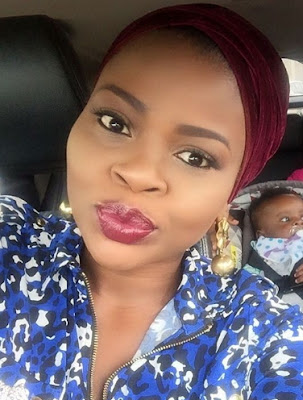 Nollywood actress Bimbo Thomas who recently returned from the United States with her newborn baby has come under fire for rocking a racist shirt to an event organized by her colleague Liz Da Silva which held in Victoria Island Lagos over the weekend. 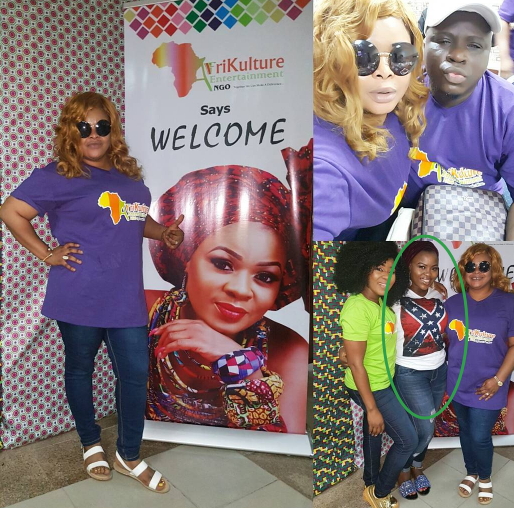 From the look of things, the actress might have bought the shirt with a confederation flag in Lagos without knowing the negative impact it has on black people.

When Dayo Amusa posted the above photo on her social media page on Monday, some fans quickly called her attention to it and ordered her to remove it as it is commonly worn by white supremacists.

In one of the photos, top Nollywood actor Funsho Adeolu even used style to cover up the confederate flag as Bimbo Thomas showed mixed emotion.

See what fans wrote in the comment section of the above photo below: 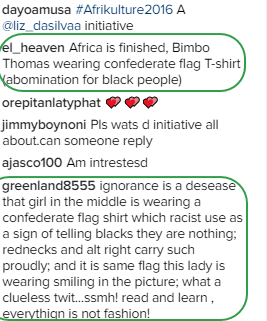 Poor Bimbo would have been beaten if she’d tried this in a predominantly black community in the United States.

Ignorance is indeed a disease.