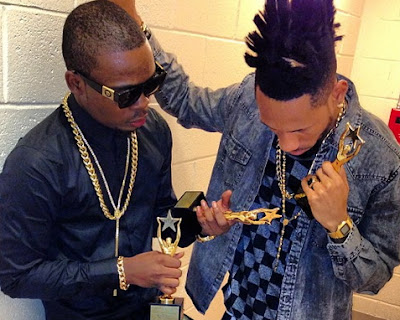 Nov 26, 2017 – Nigerians In Canada Demand Refund As Olamide & Phyno Failed To Show Up For Concert

Nigerians in Canada have accused indigenous rappers, Olamide and Phyno of fraud after the duo failed to show up for a scheduled concert in Toronto.

Accoroding to reports, over 200 fans of the rappers paid between $50-100 for the show, which was supposed to hold last night at The New Continuation Banquet Hall in Belfield, Toronto.

A quick check at Olamide’s Instagram page confirms the show was validated.

But things went south last night after fans gathered at the event and the rappers didn’t show up. Judging from the clip shared by a witness, the show promoter claimed that Olamide had fallen ill and Phyno was by his side. The shows promoter however urged the concert-goers to go home, and when they booed him, he told them, “Good Night”, and walked off the stage. 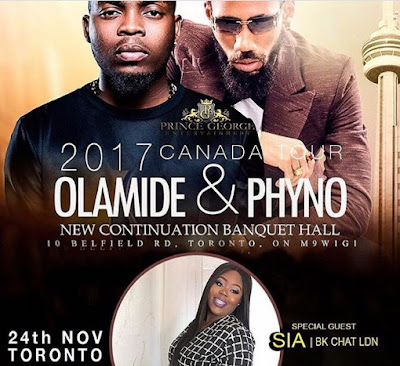 The dismissal stirred outrage as another video showed the concertgoers wreaked havoc at the event center and were only stopped from doing further damage by the police.

Fans have since been calling out the rappers on social media, demanding a refund.

31 Migrants Die In Mediterranean Sea As Boat Sinks In Libya
Jonathan To Atiku On Presidential Ambition: Ignore Obasanjo At Your Own Peril!