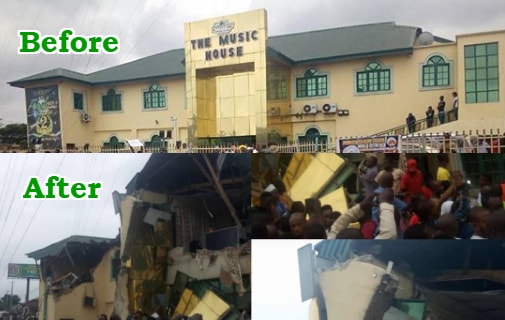 The Government of Oyo State has fulfilled its promise by reconstructing Yinka Ayefele’s Music House, Fresh FM, which was demolished on August 19, 2018.

The Head of News at Fresh FM radio in Ibadan, Samson Akindele, confirmed that it will be ready before December to enable them meet up preparation for the Christmas celebration which the radio station organises for children every year.

“A lot has happened since the demolition in August. We’ve had a lull in the activities going on here.

“Just about two weeks ago, after all the meetings and agreements, the ministry of works in Oyo state through the office of the permanent secretary and the commissioner came in to start fulfilling the promise the governor made that indeed the partial demolition was an activity done in error.”

One would expect that there would be corrections done to the building, but the Fresh FM management and owners of the Music House are still waiting to see what would change.

Bounce News sought the opinions of several persons within and outside Oyo state and there are many questions the people are asking.

Would Governor Abiola Ajimobi have swallowed his pride to reverse his earlier decision if this was not an election season?

Would this building ever remain the same again with the pillars now likely weakened by the demolition or the government has just created a disaster waiting to happen?

Why would a government waste tax payers’ money to demolish a building that now has been proven not to have erred, just to persecute a perceived personal enemy?