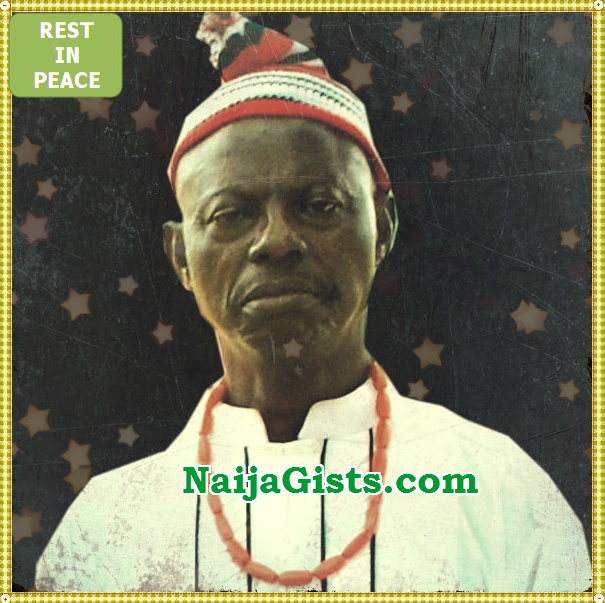 Most of us may not know him but he is a very popular actor in the late 80s.

Sir Ozor Akubueze has passed on to glory. The veteran Nollywood superstar has been battling cancer of the pancreas secretly for over 3 years now.

In May 2014, he underwent a surgical operation to remove a tumour from his Pancreas which was successful but months later, his health worsened.

Pa Akubueze lost his battle to the killer disease in the wee hours of Friday the 10th of July at a private clinic in Enugu.

More details is expected from Enugu chapter of the Actors’ Guild of Nigeria on the death of the actor.