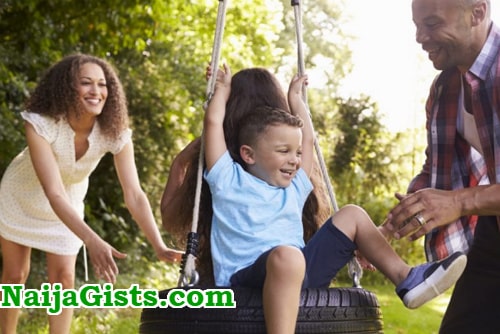 DEAR PARENT, MANIPULATING YOUR CHILDREN TO LIVE A LIFE THAT YOU SHOULD HAVE LIVED IS ‘WITCHCRAFT’!

“Of all freedom, the most important is the freedom to be you”- Jim Morrison

Manipulation is modern witchcraft. Many parents already have a script that they want their wards to fit into for their own selfish interest. They obsessively try to control their children and dictate how they are supposed to live their life.

These parents want to live their lives through their children and neglecting the fact that those children have their own lives to live. As parents, we must prepare our children for their future instead of using them to correct our own past. Wanting our children to be who we should have been is a waste of who they are.

Our work as parents is to nurture the individuality and uniqueness in our wards and not to beat them into the shape or picture that we have in our minds. We are responsible as parents to help our children discover their gifts, use their unique abilities, unravell their hidden talents, and help them fire up their passion. The world is in a dire need of kids that can solve problems with their gifts and talents.

Designing the future of a child is beyond parental ‘jurisdiction’.

I want to use this platform to specially advise parents in the words of Thich Nhat Hanh, he once said, ‘’You must love in such a way that the person you love feels free.’’

Parents should avoid the temptation of forcing their children to fit into their own design but rather provide them with a platform to stand out with their uniqueness.

As a youth coach, I have observed that the nation is producing outwardly submissive but inwardly rebellious children- children with violated destinies! Children that have been denied the platforms to be themselves. The greatest gift parents can ever give to their children is to provide them with a platform to be themselves.

Parents are meant to nurture the uniqueness in their wards. The greatest parental sin and abuse is to manipulate our children to live a life that is not theirs.

In my time of mentoring the youths, I have discovered that when expression is hindered, the result is absolute depression and rebellion. We should nurture our children to become whiz kids (expressive, innovative, passionate, curious, and inquisitive kids).

Alexander Trenfor said, ‘’The best teachers are those who show you where to look but don’t tell you what to see.’’

The amazing story of mega star, Arnold Schwarzenegger is a true ‘’rags to riches’’ tale of a penniless immigrant making it in the land of opportunity, the United States of America. With an almost unpronounceable surname and a thick Austrian accent, who would ever believe that an ordinary body builder from a small village in Austria would become one of Hollywood’s biggest stars and one day be the Governor of California!

He rose to fame as the world’s top body builder, launching a career that would make him a giant Hollywood star and later, the governor of California. His father, Gustav, who constantly ridiculed Schwarzenegger’s early dreams of becoming a body builder wanted him to become a police officer just like him.

Regardless of his father’s intimidation, the young Arnold held tenaciously to his dream and would not allow his father mold him into what he was not. On several occasions, he vehemently refused to tread the path that his father had laid for him.

As an escape for all the ridicules at home, Arnold turned to live his passion: body building and the movies in a foreign land. He eventually became a fugitive for his passion, an intense passion that would later bring him to international limelight. The legendary actor has this to say in one of his speeches in 2001, ‘’My own plan formed when I was 14 years old, my father had wanted me to be a police officer like he was, and my mother wanted me to go to trade school.’’

Sometimes I ask myself, what kind of ‘Arnold Schwarzenegger’ would his parents had given to the world if they have succeeded in manipulating him to become a police officer or a trader? Dear parents, you are not in your children’s life to manipulate their destinies. Stop manipulating your children to live a life that you should have lived.

Stop being a toxic parent to your children’s future. Embrace their passion and the reality of who they are. Instead of making them into what you want, allow them to express themselves and impact the world.

Even if their chosen career is not appealing to you, allow them to be who God created them to be. When your children live a fulfilling life, they will ultimately be a blessing to you and to the world.

It is never too late to become what you should have been. By being yourself, you put something wonderful in the world that was not there before. You will never influence the world by trying to be who people want you to be.

Never be bullied out of what God has designed you to be. You’ve got to discover the one thing you were created to be and be willing to pay the price to be it.

Control your destiny or someone else will.

Steve Marraboli said, ‘’The most amazing gift you can ever give the world is you.’’

We are living in a world where we are so accustomed to disguise ourselves to others that in the end we become disguised to ourselves!.

The hardest battle you’ll ever have to fight is the battle to be yourself and whatever makes you weird is probably your greatest asset.

Be yourself, everyone else is already taken.

Rita Mae Brown said, “I think the reward for conformity is that everyone likes you except yourself.”

You are designed by God not to blend in, but to stand out. There is only one thing that God will never call you to be in life and that is being someone else.

Suicide Doesn’t End The Chances Of Life Getting Worse; It Only Eliminates The Possibility Of It Ever Getting Any Better!
Born An Entrepreneur But Trained To Earn Salary!