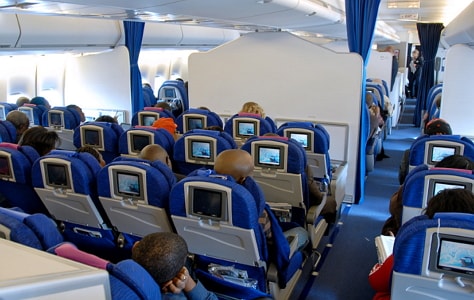 According to an eyewitness report, two passengers on the London-Lagos route of the British Airways took on each other in an intense physical altercation that landed a cabin member in the hospital earlier this week.

The fight which happened in Lagos on Tuesday the 21st of August 2018 caused one hour delay as the disruptive passengers were disembarked to guarantee flight safety.

The BA flight reportedly took off the moment the feuding passengers were kicked out of the plane.

The witness said an argument over sitting location caused the intense fight.