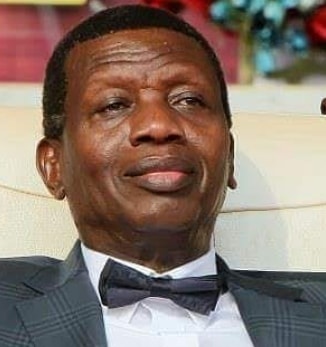 Pastor Adeboye: I’m Already Dead No One Can Kill Me

RCCG Worldwide GO, Pastor Enoch Adejare Adeboye who delivered a sermon tagged: ‘A branch of the Life’, on the second day of the ongoing annual Holy Ghost Congress of the church holding at the Redemption Camp, Lagos-Ibadan Expressway disclosed that he is already dead so no one can kill him.

The cleric who advised Christians to stay connected to God in order to overcome life’s challenges, recalled how he once went to toilet 23 times a day after taking a meal during one of his missionary trips to an African country.

“I did not know what I ate but I just saw myself going to toilet. After the 23rd time, I realized that I needed to tackle the matter prayerfully. But who will pray for me?

“I then laid my hands on myself and prayed. That was how I was healed.

“But the same Jesus who slept, rose up to rebuke the wind, indicating his divine nature. Jesus was fully human and fully divine when he was on earth.”

He said further that since believers are extensions of Jesus as his branches “we share divine nature and are capable of doing what God said we could do. As long as we are linked to him and connected to him we have the capacity to do all that he said we could do.

“I once told my children that nobody can kill me because I am already dead. I have been crucified with Christ nevertheless I live. Because Jesus is living in the believer, his blood flows in the believer.

Continue Reading
You may also like...
Related Topics:dead, killed, pastor

Why Davido NYSC Service Was Cancelled!! How Singer Violated NYSC Orientation Service Rules & Regulations
Davido And Wizkid Age & Net Worth: Who Is Richer & Older Now? See Their Worth In Dollar & Naira, Assets & More