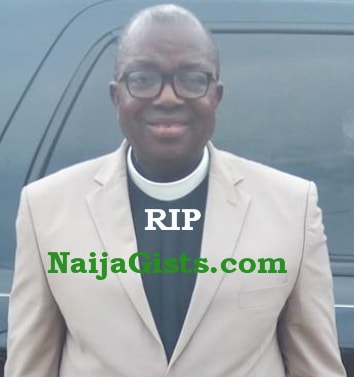 The Ijaw nation is still mourning the loss of Pastor Power Aginighan and his beloved son Tammy Aginighan who passed away tragically following a fatal crash in Bayelsa on Friday.

The deceased who was the leader of Delta Ijaw APC died when a truck crushed his vehicle at Mbiama bridge in Bayelsa state just as he was making his way to Port  Harcourt Rivers State.

His car got burnt beyond recognition.

The deceased who hosted APC governorship aspirant Prof Pat Utomi in Delta state was returning to his home in Port Harcourt when the incident happened.

His orderly and son also died in the fatal crash.