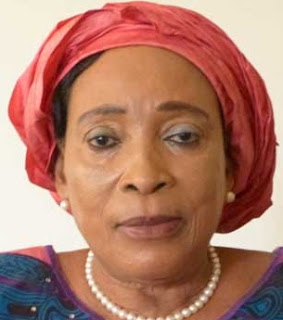 A retired EFCC operative, Dickson Graymond spoke as a witness at the resumed sitting of the court in the fraud charge against Pastor Akpan-Jacobs before Justice Oluwatoyin Ipaye.

Graymond was giving evidence during a trial- within- trial sitting of the court to investigate the voluntariness of Akpan-Jacob’s alleged confessional statement to the anti-graft agency.

Graymond, who was led in evidence by the prosecuting counsel, Mr. Babatunde Sonoiki, said Akpan-Jacobs confessed to so many things to him that he refused to put in writing.

“There are so many things that he confided to me that he refused to put into writing.

“He admitted to me that Florence Doregos was Titi Atiku but he refused to put that into writing.

“He confided to me that he wanted to contest in the Akwa Ibom elections and that as soon as he begs her excellency, the matter will be over.

“All what he told me were not forced. I did not even force him to write all what he confided in me in his confessional statement.”

Under cross-examination by the defence counsel, Mr. Amos Ibe, the retired detective denied illegally detaining the pastor in EFCC custody for three weeks.

He also denied that the defendant was refused access to legal representation.

“Akpan-Jacobs was served with bail conditions by the EFCC but he could not provide sureties and we could not grant him bail on self-recognisance because of the gravity of the case against him.

“He did not spend three weeks with us but six days and he was given the opportunity to produce a lawyer but he refused, saying he will write his statement on his own.”

He said other EFCC operatives did not force the accused to write any undertaking either.

Graymond denied bringing Akpan-Jacobs to the Abuja office of the EFCC on the influence of Titi Atiku.

Earlier during proceedings, Ibe objected to the tendering of statements Akpan-Jacobs had made at the EFCC offices dated February 6, 12, and 13, 2009, March 4 and 5, 2009 and April 2, 2009 on the grounds that they were not given voluntarily.

The EFCC had charged Akpan-Jacobs; Abdulmalik Ibrahim, a lawyer; and Dana Motors Ltd with a 14-count charge bordering on conspiracy, stealing and fraudulent conversion of property worth N918 million belonging to THA Shipping Maritime Services Ltd.

According to the EFCC, Akpan-Jacobs sold a property belonging to the company to Dana Motors Nigeria Limited for N918 million based on an alleged fraudulent shareholding.

Justice Ipaye adjourned the case till tomorrow for the continuation of the trial-within-trial.