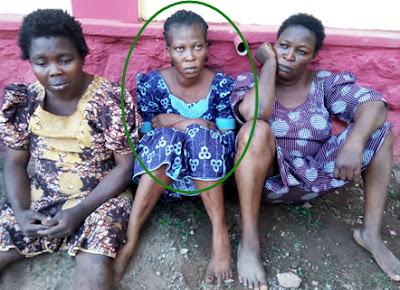 October 25, 2017 – Prostitute Who Kidnapped Baby Girl In Bodija Ibadan Recounts How She Sold Her Own Daughter To Traffickers For N280K

A single mother who started prostituting after her hubby sent her packing has been arrested for kidnapping a child at Ojurin area of Bodija Ibadan.

The suspect, Funke Olubunmi disclosed to reporters on Tuesday that she kidnapped a girl in Ojurin after a child trafficker she sold her daughter to demanded for more children.

She disclosed that the child trafficking syndicate who bought her little daughter for N280,000 forced her to kidnap another girl.

Here is what she told reporters at Ogun State Police Command Headquarters in Eleweran. 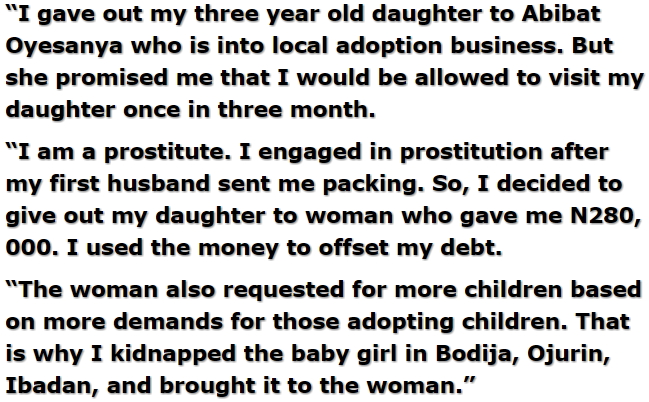 She was paraded along with 2 other women, Shittu Morenike and Oyesanya Abibat in connection with child trading.