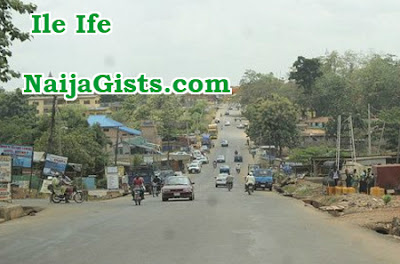 A Pastor accused of killing an official of the Nigerian Prisons Service, NPF was today remanded by an Ile Ife Magistrates’ Court.

47-year-old Joshua Ayobami who allegedly strangled one Rachael Ajayi, a widow and an official of NPS around 1:45am on January 11th 2017 was charged with alleged murder of the woman whom many considered as his mistress.

He reportedly murdered Ajayi at Christ Evangelical Ministry Church in Fashina area of Ile Ife on the aforementioned date.

He pleaded not guilty to the charges filed against him but his plea was not taken.

Justice Risikat Olayemi ordered the accused remanded and subsequently adjourned the case to March 9 for mention.

Photos: 4 Nigerian Soldiers Beat Car Dealer To Coma In Umuahia Abia For Not Being Able To Sell Car
Heartbreaking! Father Of 9 Throws Daughter’s Corpse Inside Gutter In Ikeja Lagos