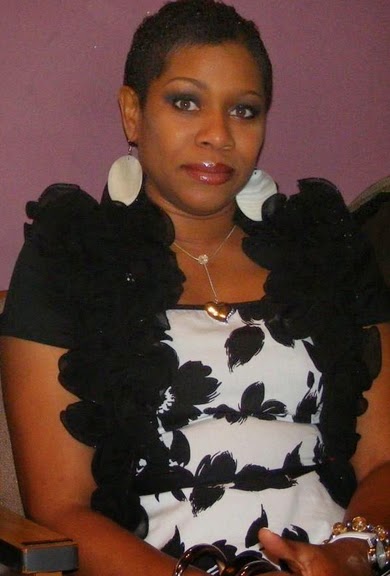 Sept 13, 2014 – Regina Askia Says Frustration Is The Major Cause Of Domestic Violence

We all know when conflict arises, and there is an inability to settle amicably, more often than not violence ensues. Why? One party feels he/she needs to be heard and the other party is just not trying to hear it, voices are raised, words turn salty, things are thrown around including punches, regrettably.

Now if you are at the receiving end of those “salty words” or the landing pad for those flying objects and punches you feel a variety of emotions. First you feel small, then emotionally hurt, then physical degradation, the physical being the most dangerous of them all. You can get over words if you work at it, therapy can get you over wounded emotions, but how do you get over scars and post traumatic reenactments of fleeting moments when death said hello. How do you reconcile when you hear stories of those in that same situation who actually passed on. The person at the launch end of the punch also feels fleeting gratification that frustrating moments of torture from a mouthy ‘bi*ch” are over…but wait….she/he is not moving. Damn, I didn’t even hit her so hard. Waves of panic and terror take turns. Frantic efforts at reviving the fallen may be successful or not. Then comes bitter regret and the “I am so sorry” which too often also comes with “It is too late”. Note that sometimes there is absolutely no remorse, “We hear remarks like “Look what you made me do” or “Bit*ch asked for it”. Snoop Dog sings “If a bit*ch gets an attitude, pop it like its hot” yeah.

The question now is why do we feel the need to physically strike out at another when we feel we must impose our way of thought or action on them. What is that need to have others conform or get hurt? Now if we hurt them enough to get them to fall in line, have we secured true change or secured an act as a means of self-protection by our victims? In this case who is fooling who? As we reflect on these please consider your partners in relationships, your spouses and yes your children. Being raised African I often got the switch as did we all when we stepped out of line or when we chose to do business with the devil as in lying or stealing. Those were the big ones. Of course I turned out a well-rounded, well-adjusted individual I hope. But then how did this teach me to deal with frustrating situations? You got it right, the switch and if you were “bigger” than me, my mouth. Oh dear, you don’t want to be at the other end of my mouth. I don’t curse, I only tell the crystal truth with brutal delivery and at less than appropriate moments. Some would call them fighting words, starting sh*t or asking for it. Same reaction applies with violent spouses and relationships. In frustrating moments we attack each other with whatever arsenal at our disposal. Like animals the physically stronger survives. But we are more than animals, we are thinking reasoning people. So why do we react the way we do?

It is clearly time for a journey into self. What if at the moment of escalation like voices getting raised, we stop and walk away, or decide to leave it for another minute. What if at the moment you feel like raising your hand you imagine it was landing on your own face? What about writing your frustrations down on paper and discussing it with each other. We need to realize that violence begets violence. We especially African and African Americans need to find other ways for conflict resolution. With our children, we must talk and reason with them and follow up with modelling the required behavior and rewarding it when met. I really used to wonder why some parents would stand by and let their kids act out in the store, jack knifing and rolling all over the floor, because kid wants some toy whereas they could give one good slap on the butt and that nonsense is over. Now I know they let the child pull all his /her tricks while they stand firm on “No dear, you can’t have yet another Robocop”. Our children learn what we teach. I remember also (though sadly) when my kids acted up on outings and when we were driving home and I was all silent, my daughter would start asking “Mommy are you my friend” because she knew she was going to get a spanking for acting up.

We may be tempted to say that’s different from domestic violence, but violence is violence no matter the form. The sad thing about violence is that it’s cyclical, you will keep being violent, salty or “keep asking for it” unless you make a conscious effort to change the way you react in frustrating situations. If your spouse has hit you once, he will do it again. He will kneel with tears and a tremulous voice and beg your forgiveness, he will apologize, with flowers, shoes (leboutins , you know it), candle lit dinners and the sweetest (kiss and make up) loving. Aah yes!! for better or for worse. Stupid world people keep trying to break you up, you figure. In fact both of you will call up all those nosy pokers and warn them to mind their business and stay out of your relationship. For a while you will exchange secret smiles which will become quick unsmiling glances with silences you cannot explain, tension builds, arguments over silly stuff like why this cup is sitting on the side table and not in sink and an explosive argument over yet another mundane like a missed call. Then the flying objects and the blows come down. Who you going to call? You warned everybody to stay away and he knows because he made sure you have no relationships a mile outside of you and him. You are in a choke hold, all is quiet, his face is an inch from yours contorted in anger and vehemence, but all you hear is a ringing in your ears, you feel your body slacking and did you just fart? Damn.

Unless we make a conscious effort to deal with frustration differently we will continue to be violent, teach violence and experience violence in our families and society.
I have heard some flawed thinking from my African sisters; he beats me because he loves me. How come he does not let you beat him because you love him or don’t you? We cannot blame being violent with someone on “they made me do it”. No one can tell you how to control yourself or how to react to situations except you. Only you have the power to change you. Some men think it’s a power thing to slap someone into conforming but wise folks know that VIOLENCE IS THE SHADOW IMAGE OF FEAR. What are you so afraid of? The manly thing to do would be to really face that fear and deal with it rather than choose the cowardly way of beating up on a weaker person. A man incontinent with rage is as embarrassing as one incontinent of his bowels. (We could forgive bowel incontinence because it may be a medical condition). Now for those of us, who really have an out of control problem with rage, GET HELP now. We don’t want to see you on the six “o’clock news as having hurt somebody. For those women in abusive relationships get help or get out. We also don’t want to see you on the news as dead or as having shot somebody. Having said that, don’t expect an overnight change to a condition that took a life time to breed. The condition of violence and rage requires painstaking deconstruction during which there may be relapses. Some people recover while others take a while, but you should not wait around to find out.

There are a myriad of services for women and men in violent situations. There are also so many schools of thought on those services being targeted at destroying the black family unit, denying black kids a home, encouraging divorce among black folks and the further debasing of the black male(pointing them towards jail) and female (driving them to prostitution). Again, personal responsibility comes into play. Only you can choose the direction where your life leads. Just remember those things will happen with worse consequences when YOU are dead and your kids taken to foster homes. The above reasons are the poorest excuse to stay in a situation or relationship where your life is in danger. A strong black family needs men and women with their heads screwed on right. Get help if you need help.

My next post will focus us learning to handle frustration. I would also appreciate comments from those brave ones among you who have been to anger management classes. I would also appreciate comments on this black footballer who struck his fiancée and knocked her out cold and the one who put the switch on his son and is now facing child abuse charges. We must find another way other than violence.

Let us walk in love and not in fear. Enjoy your weekend!!. Cheers.”