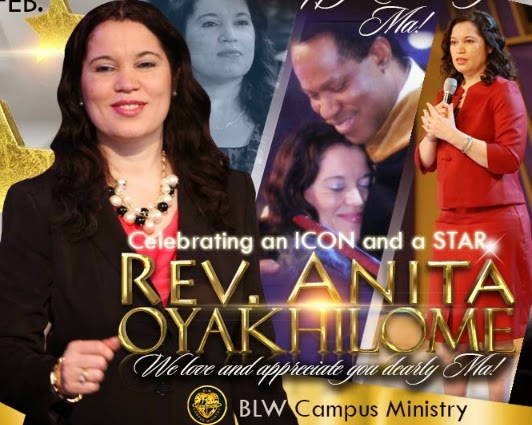 Hear what the source said:

Unfortunately people are blind to the truth. This marriage shown the crack signs years ago. I remember mentioning to my friends way back in 1996 or 1997 that this marriage is sitting on a thin sting that would soon snap, thereafter Pastor Anita was transferred out of Head office first to Satellite town and then to London.

If you stay that long away from your husband then technically the marriage is over. I am not in support of divorce but i think Sis. Anita just got fed up of playing the role. She wants her life back.

Let us face it, Pastor Chris and all should be true to themselves, these two haven’t had a marriage since the late 1990’s.

I was in University with Anita in the late 1980’s to early 1990’s and she has always been a Christian. Despite being raised in an orthodox church. And i do not think Pastor Chris would have married an angry woman – I never saw her angry once in the 3 years in university and my room was next to her and I saw her almost everyday.

Please, let this woman be. She just got fed up with playing the role of a wife without being a wife.

If this is the case, then the solution to this marital problem is simple. Let them deal with the distance, come back together as husband and wife and frustrate the devil out of their marriage. I think they know better. May God help them.