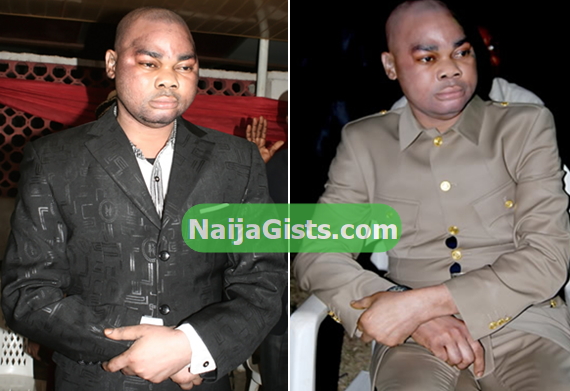 The founder and the pastor in charge of Christ Revival Victory Chapel International in Lagos State, Prophet Ireti Ajanaku is dead.

According to reliable information coming from key members of his church, Pastor Ireti Ajanaku passed away in his sleep on Saturday night.

We learnt he travelled to his home town of Gbongan in Osun State few weeks ago over his ill health but the situation got worse.

He reportedly died in his sleep on Saturday evening.

His biological father and some key members of his community in Gbogan have commenced his burial arrangement.

Though the nature of his illness wasn’t known to church members, some of them have travelled to late Prophet Ajanaku‘s hometown to ascertain the situation surrounding his death and to console his family.

He is survived by his wife, Mrs Joy Ajanaku and two children.

He became a controversial figure after he publicly claims gospel singer Tope Alabi wanted to have sex with him few weeks ago.

The whole scandal almost destroyed his ministry as some members who trusted Tope Alabi left his church for good.

The singer and her hubby have denied the allegation claiming the now dead Prophet Ajanaku was trying to destroy Tope’s ministry.

An unconfirmed source said he died of a spiritual attack.