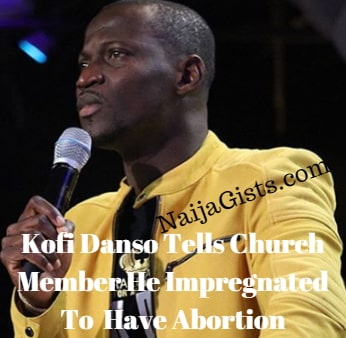 In the leaked court document you will see shortly, Danso allegedly advised Chris Ann Bartley to have an abortion when she told him their immoral act had resulted in pregnancy.

In his desperate bid to cover up his sin, Danso allegedly accused Miss Barley of seducing him.

See some excerpts from the leaked court document and link to the full document below. 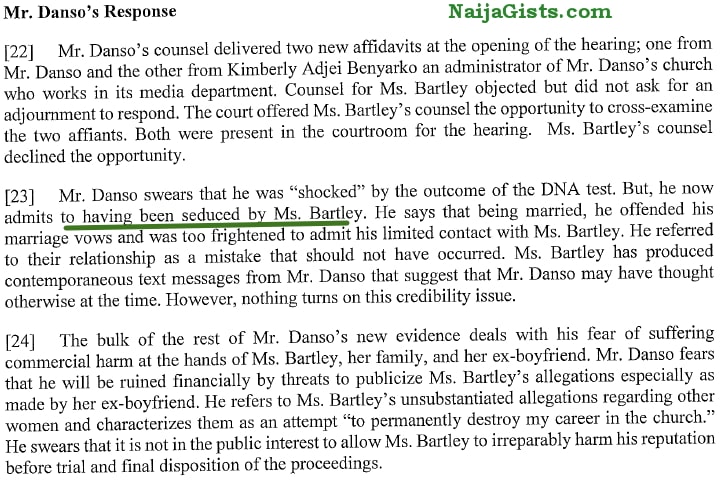 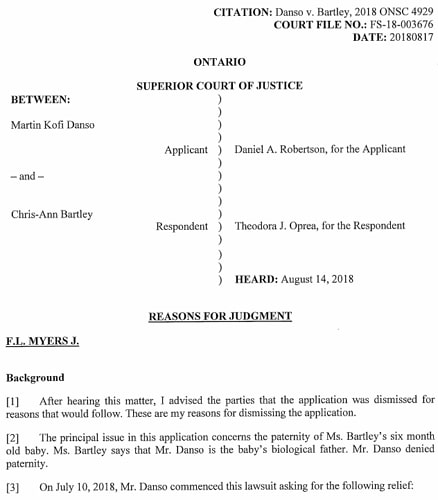 Before the above document was leaked, Prophet Danso’s request for publication ban was rejected by the Ontario Superior Court of Justice.

His case is still in court as we speak.

Some concerned members of his church said he is still denying the paternity of Chris Ann Bartley baby boy even after DNA test came positive.

This is a Pastor who preaches with so much fervency.