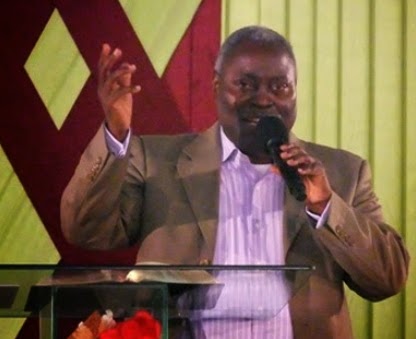 According to the initial report that came out from Deeper Life’s camp last week, the church’s General Overseer, Pastor William Folorunsho Kumuyi fainted on Saturday and was rushed to a nearby hospital for treatment.

On Sunday, the church’s secretary Pastor Jerry Asemota said the MOG didn’t faint as earlier reported. According to him, Pastor Kumuyi broke down on Saturday due to fatigue.

Explaining why the preacher broke down, the church secretary, Pastor Jerry Asemota, while addressing the congregation at the weekend, said the sudden health failure of the pastor was connected to his recent marathon engagements across the continent.

Asemota said: “With much pleading, we had to convince our pastor to rest. You could recall that lately, he was engaged in series of revival meetings across the continent. Only recently, he was in Abuja, Taraba, Bayelsa, Imo, Edo, Akure and Ibadan. He was also in Ghana, Namabia and Togo and other West African countries.

“He’s human and needs to rest, so we enjoined you all to pray for God’s strength upon his life and bear with us at this time. He is not going on holiday but he needs serious rest. I am very sure that before the programmes end, your Pastor will bounce back to complete what he had started.”

Thank God for the quick recovery.