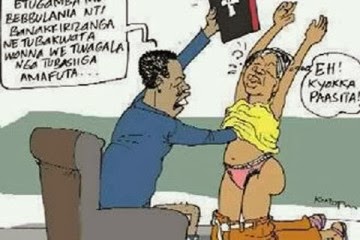 A fake Pastor has been nabbed in Abeokuta for indecent act.

The 34-year-old self-professed pastor simply identified as Adekunle allegedly fingered a lady while trying to confirm her virginity last Sunday at his church premises in Olorunsogo area of the capital city of Ogun state.

According to Ogun Police spokesman, Adejobi Muyiwa, the indecency was reported to the police by the dad of the victim.

According to him, Adekunle’s arrest followed the 20-year-old victim’s report of her terrible experience to her father.

The police quoted the father of the girl as confessing to him that the pastor had fingered her severally, “even when she was observing her menstrual period”.

“My daughter told me that the pastor had fingered her severally even when she was observing her menstrual period. He even recently fingered her to confirm her virginity during a church service”, the father told the police.