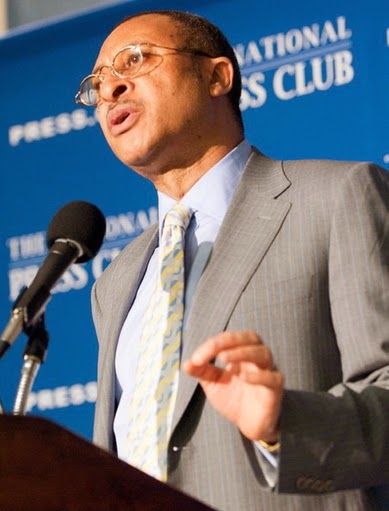 He made this known during the unveiling of Igoekulie, a Pan-Igbo group in Lagos on Wednesday.

While responding to questions from journalists, Utomi likened Buhari’s ascendancy to what happened in the US back in 1981.

He added that it took the oldest man to run for Presidency in the United States, Ronald Reagan, to turn things around and revive the American spirit.

“I think Nigerians don’t have any alternative in the person of Gen. Muhammadu Buhari. I refer to him from my writings as the Buhari ascendancy. That reminds me of what happened in the US when I lived there with President Ronald Reagan.”

“We had one wonderful, nice guy called Jimmy Carter as President. Things went so awfully wrong. Inflation was 29 per cent.”

Continue Reading
You may also like...
Related Topics:Buhari, pat utomi