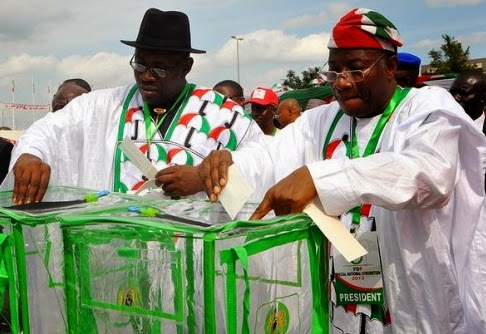 It is no news that the ruling party has finally achieved their goal by cancelling the upcoming February 14 Nigerian Presidential Election weeks after Nigerians vowed to vote in favour of the opposition party candidate, Buhari.

Sources claim PDP is pained with the love tag, Febuhari 14 some fans placed on the retired general.

Well, the United States is very disappointed by the Nigerian Federal Government plan to cancel the election.

This is what top US diplomat Kerry who recently visited Nigeria said about the postponement.

“The United States is deeply disappointed by the decision to postpone Nigeria’s presidential election, which had been scheduled for February 14,”

“Political interference with the Independent National Electoral Commission is unacceptable, and it is critical that the government not use security concerns as a pretext for impeding the democratic process,”.

The international community “will be watching closely as the Nigerian government prepares for elections on the newly scheduled dates. The United States underscores the importance of ensuring that there are no further delays.”

Political critics online and offline are coming after the ruling party for using security as an excuse to perfect their rigging plan and to gather more money for campaign.

Earlier this week, Ekiti PDP party was exposed for rigging the election in favour of Fayose. Obanikoro was heard saying Jonathan sent him on an assignment to ensure the election favours PDP.

Na Naija we dey, a country where politicians can do and undo. The world is watching.