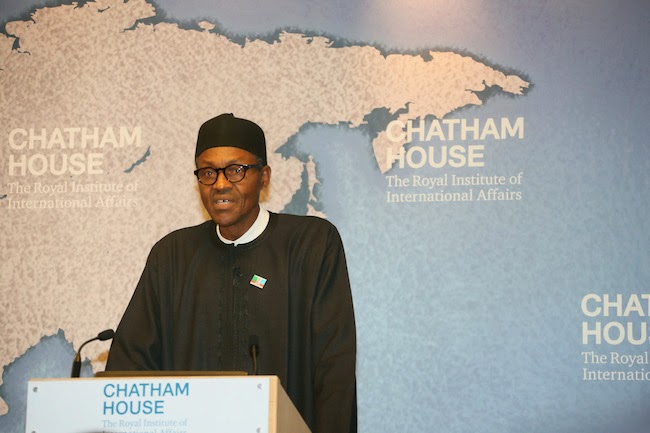 “The Peoples Democratic Party has noted the theatrical appearance of the presidential candidate of the All Progressives Congress (APC), Gen. Muhammadu Buhari in that well produced orchestra earlier today at the Chatham House, London. A script well written, a script well acted, all a truthful lie. The messenger belies the message.
The stage was targeted to secure a desperately needed endorsement of the international community but the world is hardly fooled by theatrics of desperation. APC is chasing shadows.

That stage may have lifted the badly deflated morale of the members of APC but the vanishing performance is incapable of redeeming the forlorn fortune in the bad sale the APC flag bearer is in the March 28, 2015 presidential election.

Bottom-line, we wish to urge General Buhari to quickly channel his message and energies home, meet Nigerians who are choking up with questions on his capacity to lead. He may realize ultimately too, that politics in this instance is local and shall be decided locally. The ultimate endorsement lies with the people of Nigeria.

We wish to commend President Goodluck Jonathan for boosting the moral of our gallant soldiers with a visit today to Baga in Bornu State and Mubi in Adamawa State. His able leadership has resulted in the huge successes recorded by our Armed Forces in the fight against insurgency.