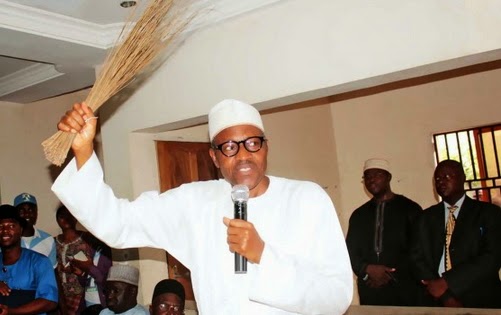 An ongoing plot orchestrated by PDP to stop the APC presidential candidate General Muhammadu Buhari from contesting in the upcoming the 28 March election collapsed in Abuja today.

Justice Adeniyi Ademola of the Federal High Court, postponed further hearing in the case challenging Buhari’s eligibility till 22 April, well after the election, deferring also the challenges by Buhari’s powerful team of lawyers to the court’s competence.

But today, the court rejected the applications brought before it by two persons seeking to be joined in the suits instituted against the Presidential candidate of the All Progressives Congress, APC, Gen. Muhammadu Buhari, challenging his eligibility to contest the forthcoming presidential election on account of his alleged non-possession of requisite educational qualification.

In refusing the joinder application, Justice Ademola, noted that the duo have no business being parties in the suit, more so as defendants as they had applied. The judge categorically described the duo as meddlesome busy bodies who have no reason whatsoever to being parties.

The persons, Mr. Ebun Adegboruwa and Chukwuma Ochu, had approached the court seeking to be joined in the suit as defendants but their application was opposed by the Peoples Democratic Party, PDP, who insisted through their lawyer, Chief Mike Ozekhome, that the duo were meddlesome interlopers who have no business being parties in the suit.

Chukwuma Ochu had claimed that he’s a card carrying member of the All Progresives Congress, APC, and that Buhari is his candidate and that should he be denied the opportunity to contest the forthcoming presidential election, he would be disenfranchised. Adegboruwa claimed that he is a pro-democracy activist who wants an equal playing field for all candidates.

“It is the court’s opinion that they are not more than meddlesome interlopers. Their application is hereby refused”, said the court.

The court thereafter adjourned the matter till 22nd and 23rd of April for further proceedings as there are still outstanding hurdles to cross before the matter can be heard.

The adjournment of the matter frees the APC Presidential candidate from distractions in participating in the rescheduled 28th March Presidential election pending the determination of the suits challenging his eligibility to contest for the election.

However, the issue of whether he is qualified to contest or not, remains unresolved and will continue after the elections as the matter is a pre-election matter.

Buhari has protested the competence of the suit on the claims that he was not properly served with court papers. His preliminary objections to the suit are yet to be dispensed with.