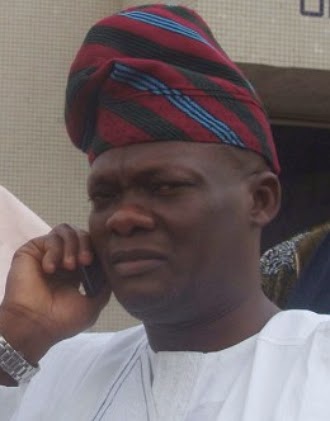 These are definitely not the best of time for PDP Governorship candidate in Ibadan, Teslim Folarin.

The former Senator quit his position at the National Assembly to contest for Oyo State governorship election before meeting with defeat when the incumbent governor Ajimobi was re-elected.

During his campaign, he donated a transformer to a community in Sabo area of Ibadan in order to woo their votes but a day after he lost the election, he sent his aides and an electrician to remove the donated transformer.

Meanwhile, Nollywood actress Funke Adesiyan who lost his bid to become a member of the Oyo State House of Assembly blamed his defeat on disunity in the ruling party.