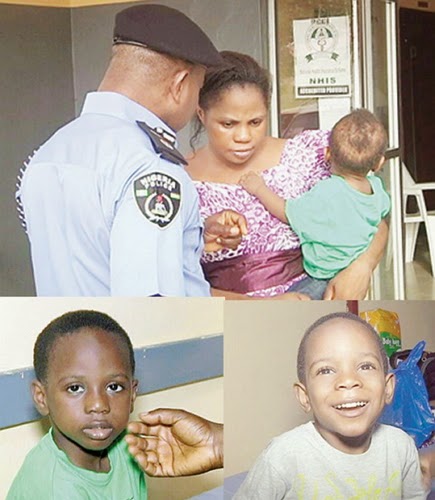 There was joy on the Orekoyas’ Lawanson, Surulere, Lagos home yesterday following the return of their kidnapped children.

The children Ademola (6), Adedamola (4) and Aderomola (11 months) were released by their abductors on Tuesday night; they reunited with their parents around 9p.m.

It was learnt that the family paid a ransom for the boys’ release. The undisclosed amount was paid into a bank in Sagamu, Ogun State, before the children were released in Shasha, Egbeda, Lagos.

Their parents were told to where to pick them up.

On realising that the Orekoyas could not afford the initial N13 million ransom, the kidnappers, it was learnt reduced the sum and told them of how to make it available.

A source told The Nation that the search for the kids climaxed on Tuesday, with their father, Adeleke Orekoya, going to Sagamu to pay the ransom.

The family, the source said, met the toddlers unclad at the address given by the kidnappers later that night.

But, the police are claiming to have outgunned the kidnappers to rescue the boys.

The police, he said, swooped on the abductors following detailed intelligence and cutting edge technology.

Nwosu said no one was killed or injured in the encounter. No arrest was also made. 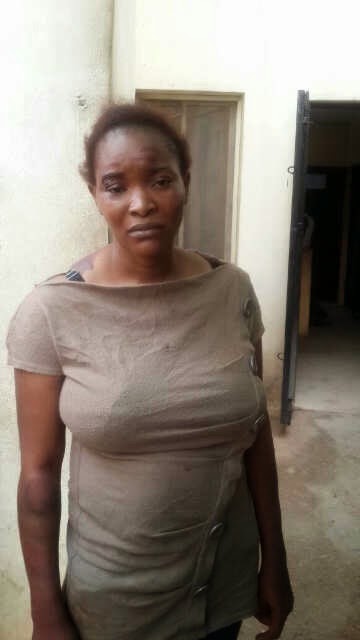 Reliving how the kids were found, their aunt, Mrs Adesumbo Alabi said: ‘’It was after they called the family on (Tuesday night), I can’t be specific about the time but it was in the night that they found the children. They were all naked on the road. They were asked to go and pay some money at a bank in Sagamu. After paying the money, in the night they now called them (Orekoyas) and told them to go to Egbeda. They described the place for them.

‘’So they went there in the night and found the children. They were all naked and alone. Immediately they got there and saw the children, they took them to the hospital, (Cottage Hospital/Comprehensive Health College, inside Police College, Ikeja).

‘’The kids were not well fed by their abductors. They looked malnourished, traumatised with rashes and mosquito bites on their bodies. They were left bare footed but we thank God that they are alive.’’

The children’s grandfather, Apostle Adegoke Adekunle while jubilating over the safe return of the boys, claimed that the police initially frustrated rescue efforts.

He said but for the intervention of the Commissioner of Police, Kayode Aderanti, who ordered the Divisional Police Officer, Itire to act swiftly, policemen were unwilling to take the kids’ mother’s complaint.

‘’I am happy today because I know I have not done evil to anybody. God whom I serve has rescued my grandchildren for me. When I was called that they have been kidnapped, I did not know what to do but I knew I have God. I went to churches to pray and I thank God today that they are safe.

‘’After the commissioner’s call, both the DPO and station officer came to the house and I scolded the IPO who took the first statement for his unprofessional attitude. So, another policeman was sent to come and take statement and a police team was sent from Alausa as well,’’ he said.

In the morning yesterday, it was celebration galore at the Orekoyas’ home as well-wishers gathered to thank God.

The Orekoyas in a Thank You message posted on social media around midnight gave God the glory.

The message reads: “We give God all the glory. Our Orekoya missing kids have been found. Thank you so much everyone for your prayers, moral and financial support all along. The list is endless, of awesome mothers, sisters, colleagues, business partners; father’s and even kids too. You have been amazing! May God grant all your hearts’ desires too? Much love always. You will not lose your children.”

Shouts of congratulations! “Thank you, God,” rang out at the Orekoyas’ home during the jubilation.

“God has answered our prayers. He did not disappoint us with the rescue of the children. This, we pray, will be the beginning of uncountable good things from God to this family,” an in-law of the Orekoyas said.

There were praise songs and worship; some had theirs in the sitting room; the kids’ grandparents and few family members stayed in a bedroom.

The Nation observed that the children have shortly after their return home yesterday, the children promptly got back to their routine and were happy to be home.

Ademola, who opened the door for our reporters, was busy playing with an IPAD on the dining table with his brother, Michael; Adedamola jumped from one part of the house to the other.

Ademola, a Basic one pupil, told our reporters that their abductors did not torture them but removed their clothes.

Mr Orekoya addled 11-month-old Aderomola and declined interviews because he is still bonding with his children so as to “observe changes in them”.