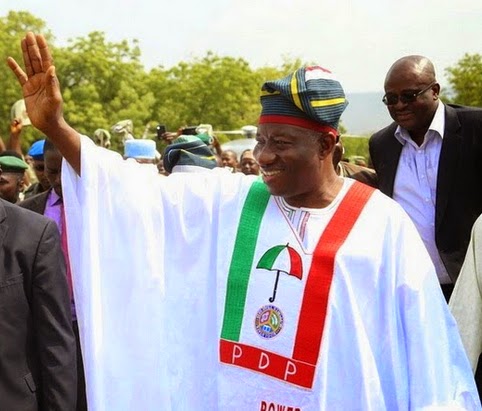 President Goodluck Jonathan is said to be lamenting an estimated N2trillion he wasted on the just concluded general elections in Nigeria and his failure to get re-elected.

The Sunday Punch reported today that a chastened Jonathan and his close aides are now asking for the refund from “the party and government officials who handled campaign funds”. What the president want refunded, said the paper are “monies not spent, or those not judiciously expended”.

Jonathan, credible sources said, has also set up a committee of five to get those with the funds to return them.

The Sunday PUNCH claimed President Jonathan was said to have been further irked by the results of an investigation he ordered.

“The probe showed that some coordinators used campaign funds to buy very expensive properties, especially in Abuja, and luxury cars. Some of the funds have also been traced to the bank accounts of senior party and government officials who were charged with the disbursement of funds to voters and groups.”

The report which relied on a presidential source said money given to traditional rulers will not be demanded, but said moves were on to demand refunds from government officials and ministers.

“Some ministers did not get less than N20bn each. None of them can deny it because this fact isn’t hidden within government circles. The only problem with such monies is that there is no receipt to show that they collected money. The sad part is that almost all of them performed woefully. Even in the states where the PDP won, some ministers could not deliver 100,000 votes. They could not mobilise their people to come out. The President is not happy. They all went property and car shopping. This was the most expensive election in the history of this country, yet there was no result.

“The sad part was that even after the President lost on March 28, more money was given to all of them to make up for the dismal outing by winning their states during the April 11 elections. But that turned out to be a bad decision because apart from losing the governorship election, we didn’t perform well at the National Assembly and House of Representatives polls.”

“They must give an account of the money since they didn’t use it for the election. The President is not particular about the funds spent on genuine campaign needs like the hiring of jets, advertisements and the rest that also cost billions of naira. His focus is on the individuals that collected billions to deliver their states but couldn’t even win their polling booths.”