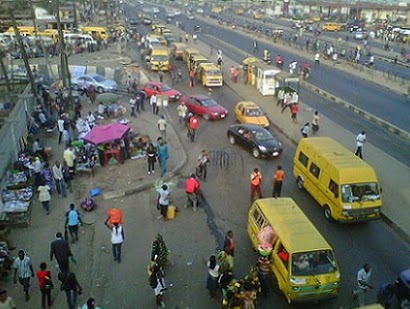 Panic took over the entire area of Ogudu Ojota Lagos yesterday when some thugs suspected to be working for PDP party went on a revenge mission.

The mayhem that started on Sunday evening after INEC declared APC Governorship candidate Ambode the next Governor of Lagos has led to the death of over 3 people.

Shops and stalls were under lock and key on Monday as residents feared the possibility of a reprisal.

Arguments and discussions relating to the elections were discouraged at newsstands in Ojota due to the volatility of the area.