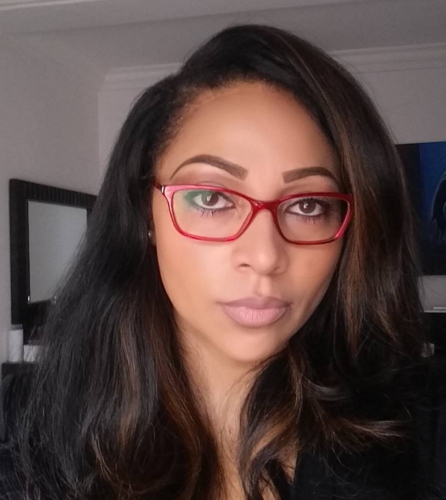 Psquare star boy Peter Okoye and his wife, Lola may have for the first time differed on an issue, at least in public as they don’t appear to be on the same page over events that have been unfolding in their home in recent times.

While Peter is being berated by the public for washing the dirty linen of the family outside as regards a feud with his elder and manager of the singing twin brother, the pretty wife took to her social media channel preaching and laid emphasis that she’s not a fighter but peace lover. 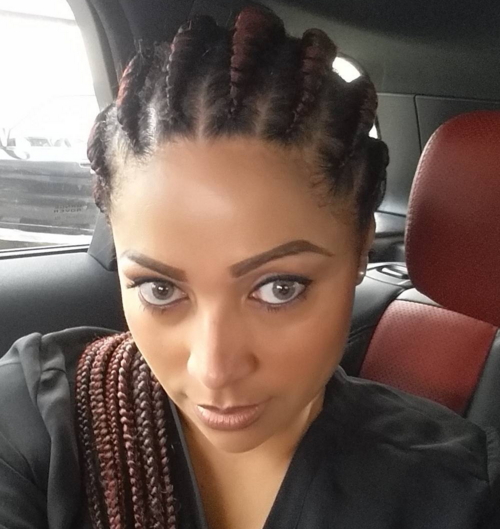 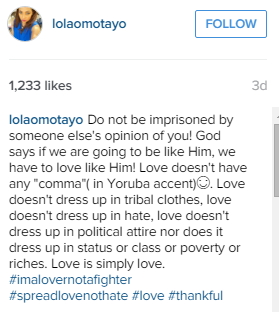 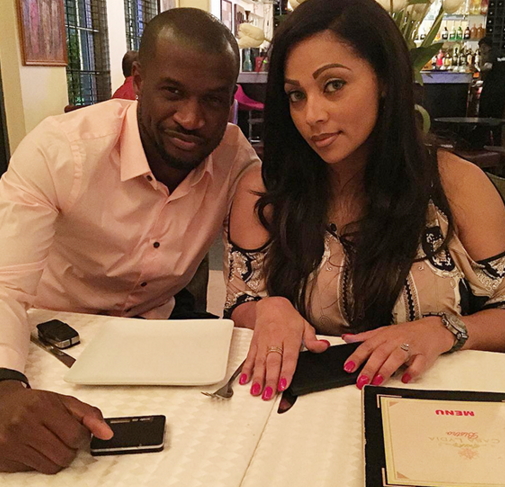 Lola Omotayo is pained because the Okoye’s elder brother, Jude has refused to accept her into their family because of the age difference between herself and Peter and her tribe.

Jude Okoye’s hatred for Lola is the genesis of his feud with Peter Okoye.