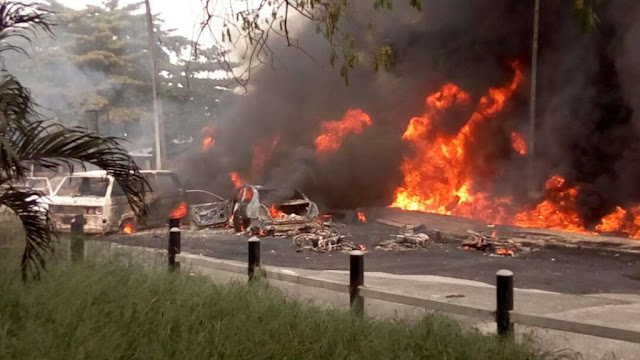 See the chaotic scene of a tanker fire explosion in Festac area of Lagos today.

A fully loaded tanker was ascending a bridge around noon today when it suddenly fell back and spilled its content causing massive fire.

The fire raged for about an hour before Lagos Fire official could contain it.

Here are some photos and video from the scene of the fire which has since been put out. 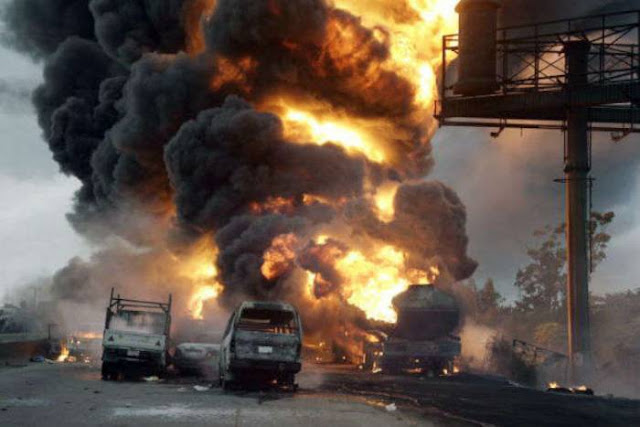 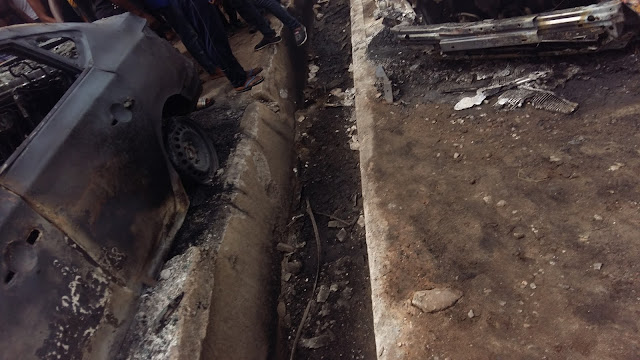 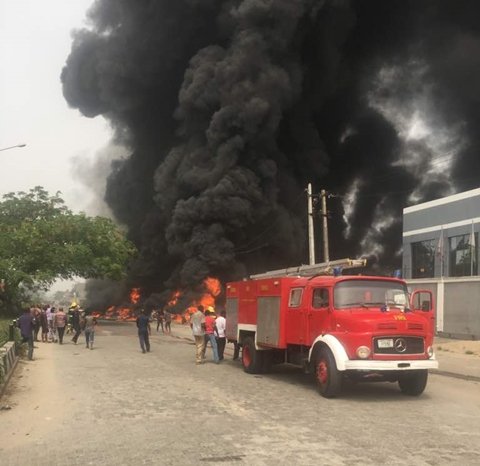 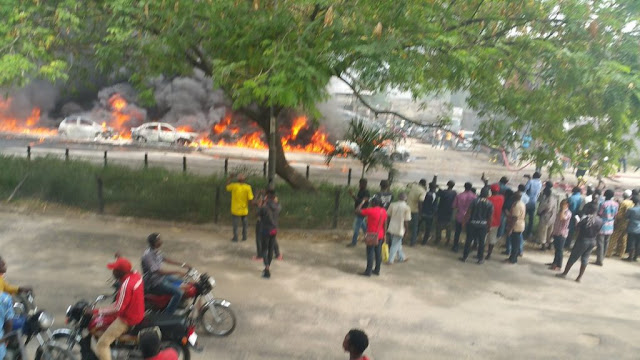 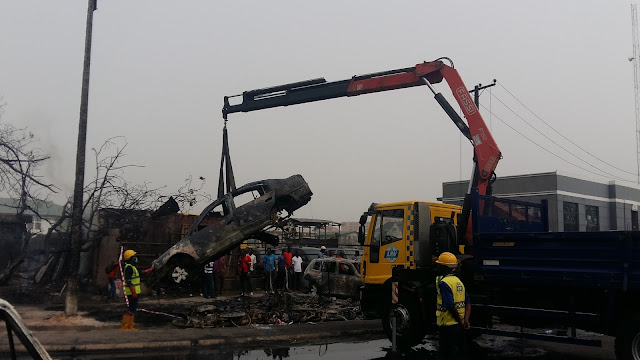 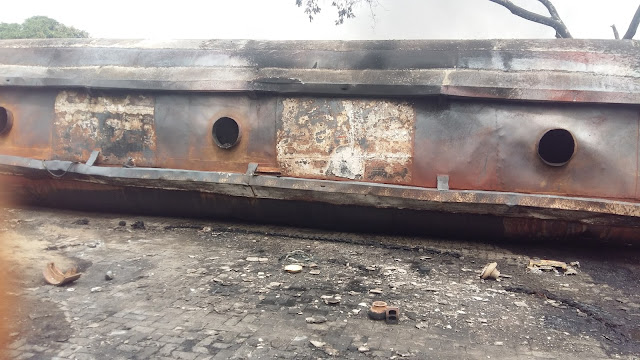 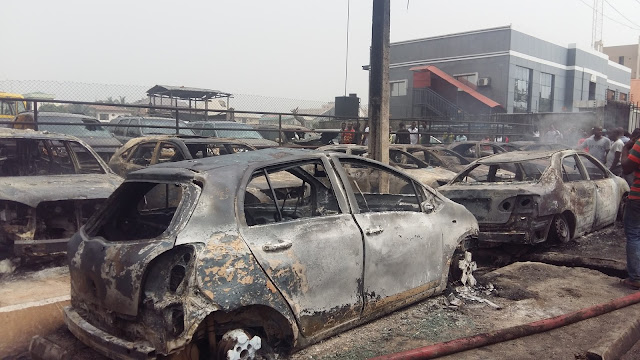 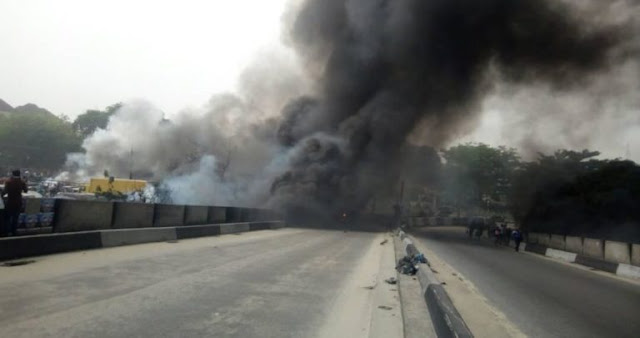 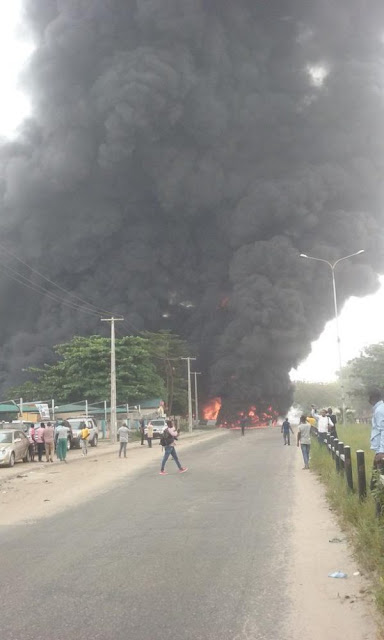 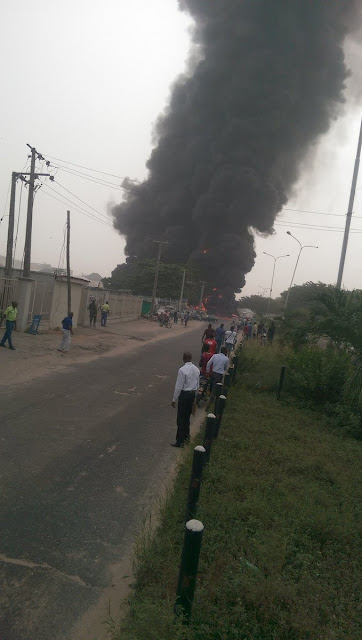 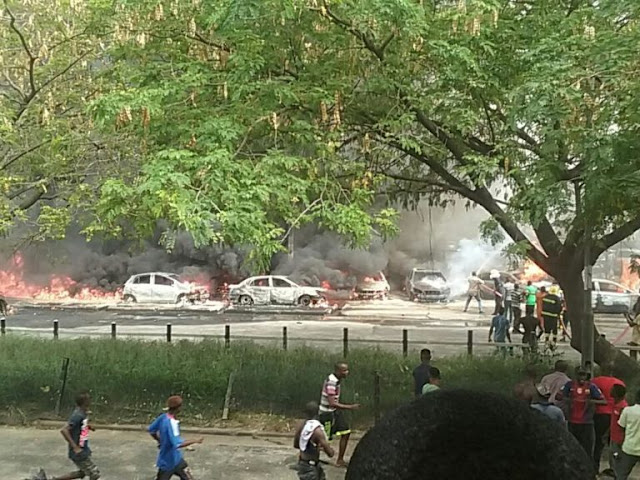