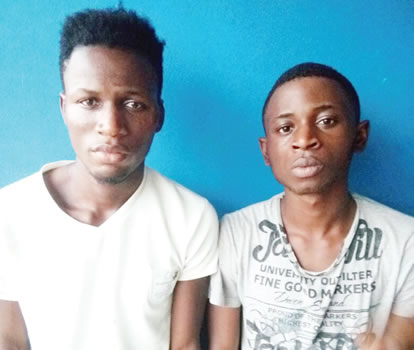 The victims were identified as a couple, Oluwafemi Imafidon and Yetunde, who lived with the suspects on Oluwole Fagbote Street, Ota, Ogun State. 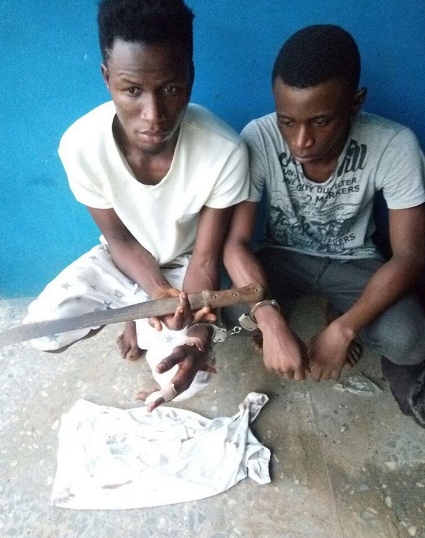 We learnt that the brothers, who wore masks, stormed the couple’s apartment around 2am on Thursday, wielding cutlasses. They reportedly asked the victims to submit their laptops and other belongings.

Oluwafemi was said to have resisted the suspects’ request which resulted in a struggle between him and one of the brothers.

“I struggled with one and was able to push him to the wall, while the other cut me with a cutlass. Despite the blood coming out from my body, I kept struggling with him. I succeeded in removing the mask he used. That was when I realised he was my neigbour. He and his accomplice, who later turned to be his brother, eventually escaped. They came in through the attic of the store,” Oluwafemi, who is receiving treatment in a hospital in the area told our reporter.

NNN Replaces MMM In Nigeria, Promises 35% ROI.. New Website Opens For Registration
Photo: Gang Of Kidnappers Arrested On Their Way To A Kidnap Operation In Abia