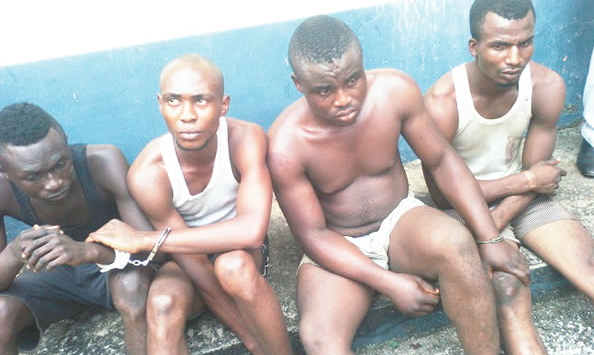 December 19, 2016 – Gang Of Kidnappers Arrested On Their Way To A Kidnap Operation In Abia

Abia SARS operatives caught up with a gang of kidnappers on  their way to a kidnap operation in Abia State on Saturday.

Four suspects who have now confessed to the crime were intercepted at Amavo Village along Enugu/Port Harcourt Expressway.

The 5th suspect, James Uzoma reportedly escaped during the arrest.

2 locally made guns, a single barrel gun, a plastic toy gun and a wooden toy gun were recovered from the suspects.