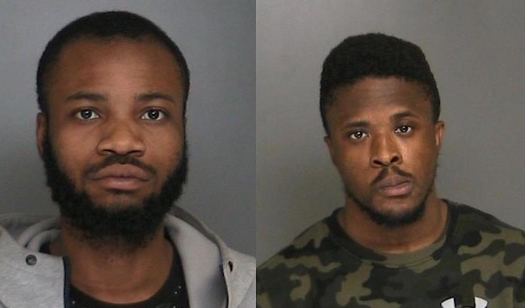 These 2 New York based Nigerians were stopped by policemen around 3am on Saturday and after a thorough vehicle search, police discovered a bag of marijuana at the back of the seat.

Further search also revealed that the men had 4 forged credit cards and a credit card encoder.

To add insult to injury, police also discovered that their vehicle plate license is fake.

The suspects identified as Uzoegwu and Adi were arrested and charged with 4 counts of criminal possession of forged document and unauthorized marijuana possession.