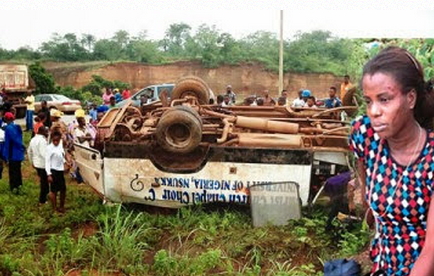 At least 20 University of Nigeria students met their untimely deaths in a multiple car crash on Tuesday night.

According to UNN sources, the students were forced to vacate their hostels before 6pm on Tuesday over a planned riot because of acute water scarcity.

Due to the late vacation notice, some of the students had to board buses very late in the night.

Tragedy struck when a diesel truck driver suffered brake failure and slammed into several commercial buses conveying the students to their destinations on Nsukka-9th Mile Expressway in Enugu.

No fewer than 20 bodies were evacuated after the crash.