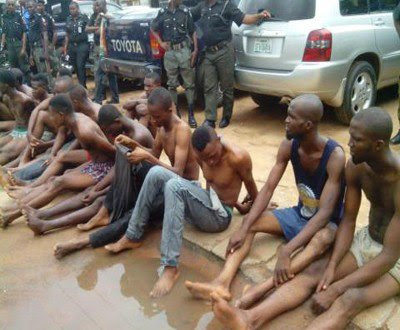 Imo Police spokesperson Andrew Enwerem said they were alerted by concerned residents who spotted them in the forest.

“These ‘cultists’ belong to the Black Axe Fraternity and they were arrested while holding their national conference in the forest,” – Enwerem said

According to him 10 suspected armed robbers were also picked up at different location in the state.