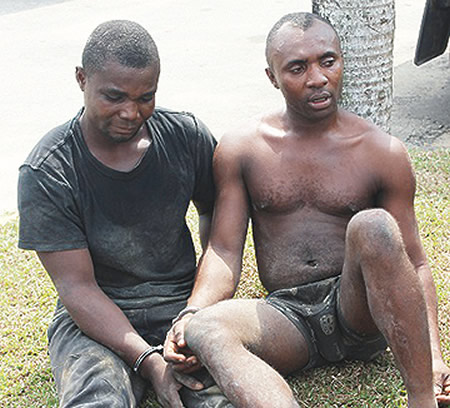 See the faces of 2 of the 3 robbers arrested in the early hours of yesterday at a Access Bank branch in Port Harcourt, Rivers State.

The suspects were caught while they were using a gas cylinder to open an entrance into the bank around 2am on Thursday the 22nd of December 2016.

In the process, a SAR operative sustained serious injury. He was immediately rushed to the hospital for treatment.

The dare devils were later arrested while trying to flee.

Items recovered from them include a cooking gas cylinder, 1 chisel, 2 Ghana must go bags and an handsaw.