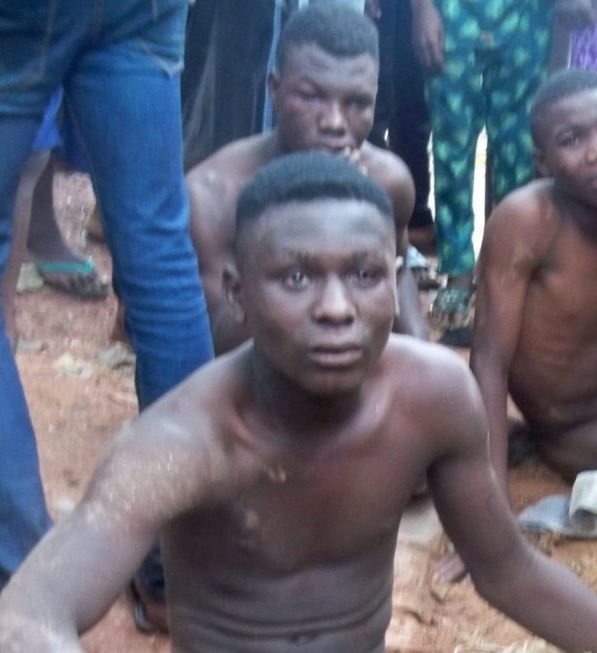 3 young men who specialize in using motorcycle to steal ram were caught in Akobo area of Ibadan yesterday.

The 3 suspected thieves stole a big white ram at Olorunda in Lagelu LGA of Oyo state and fled on Okada.

The vigilant area residents of Olorunda gave the thieves a hot chase around 6:30am before catching up with them at Ojurin area of Akobo.

On why they stole the ram, one of the suspects who identified himself as Emmanuel said:

Another suspect who identified himself as Segun said:

“I told them not to let us go because today is Sunday but they say that it is easy to succeed on Sunday because people will go to church and that will make our job easy. Now they have arrested us. I am finished”.

The suspects said they started selling stolen domestic animals about a year ago because of unemployment.