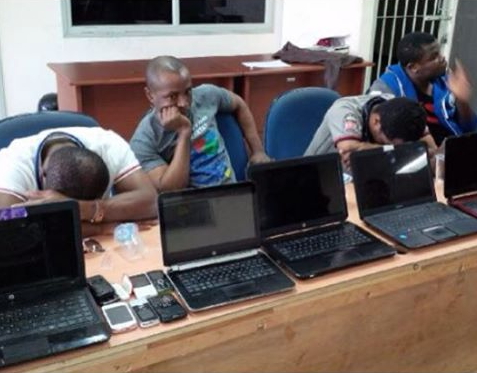 Pictured above are four Nigerian guys arrested at a cyber cafe in Kelapa Gading , Jakarta on Tuesday after immigration officers received reports of suspicious activities.

Immigration officials demanded for their passports and visas but instead they tried to escape. They were immediately arrested.

During interrogation, they said they came to Indonesia to do business but declined to give further details on the nature of their business. #wire wire thingz

14 thoughts on “Photo: 4 Nigerians Arrested In Indonesia By Immigration While Browsing Internet At Cybercafe”